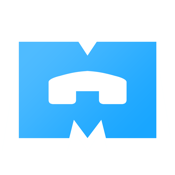 There have been a few times that I wanted to sell something on Kijiji or Craigslist, but I didn’t want to provide my personal cell number as a contact point. These are great services and I have used them for purchasing items that I needed – I’m just not sold on providing my own private information in return. As it turns out, there is an app that you can use to create an alternative mobile number which you can use for this type of transaction, for business transactions, or for any other type of private communication that you don’t want to use your everyday phone number with. DialMask performs this task admirably.

On their own blog, the developers describe their service as one designed to protect your privacy in any situation. There are so many different applications for this service that it simply boggles the mind. You can use it in the scenario that I’ve already discussed above such as protecting your privacy while selling an item on Kijiji or Craigslist, you can use it as a business phone number to keep it separate from your private calls, and you can use it for online dating purposes just to name a few. The applications are only limited by your own imagination.

DialMask really is one of the most straightforward services in this niche. It’s simply a matter of downloading the app from the App Store, choosing a phone number that matches your geographic location, adding credit, and then you can simply use it like you use your mobile’s native phone and messaging apps. This is a free app and it’s compatible with the iPhone, iPad, and iPod touch.

This isn’t the first app to offer this type of service. There have been other popular apps that have allowed you to do similar things such as textPlus – although this service actually offers free texting, unlike DialMask which does charge you a nominal fee. The main advantage of DialMask is that you can have as many different phone numbers as you like as long as you’re willing to pay for each additional one. When you initially sign-up, you’re given a two dollar credit which pays for your first phone number, but you will have to pay for additional phone numbers also at a cost of two dollars. In a word, this app is about flexibility.

This app won’t work with older technology as you will need at least iOS 8.0 and an iPhone 5S or later, an iPad air, or an iPad mini 2 or later. If you’re using an older iDevice you’re out of luck – you’ll have to upgrade first. The other thing to keep in mind is that while yes, the app is free to download – you will have to add credits before you can use it to make actual phone calls or send texts. The fees are quite reasonable, but it’s not free. The app doesn’t take up a ton a room on your device either as it only requires 58.5 MB of space. 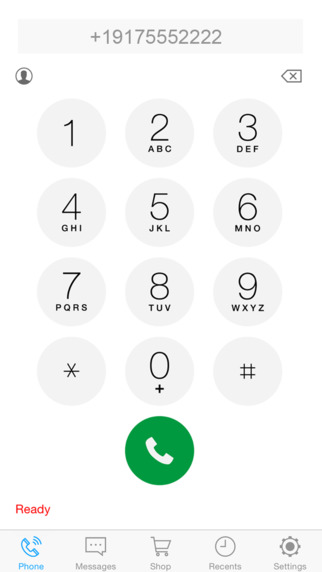 Essentially this app can be used much like the native apps you use now for making phone calls and sending texts on your iPhone. The only thing that’s really different is the initial set-up of your new phone number. This is a pretty simple process though, all you have to do is tap on the shop icon in the bottom menu, tap on get a phone number, choose the area code you want the phone number to be associated with, and then select a phone number from the list that is provided for you. As we’ve already mentioned above, the phone number will cost you two dollars – although your first phone number is essentially free because the developers provide you with a two dollar credit.

The developers don’t attempt to hide the fact that they’re offering a paid service as they indicate this right in the initial description in the App Store, as well as on their own blog. The blog is a great place to go if you want further information on how to use the service, but it really is a pretty straightforward service to use. Once you’re new number’s all set up, all you have to do is tap on the phone icon, or the text messaging icon on the menu at the bottom, to start using the service. They basically look identical to the native apps on the iPhone.

Each phone call or text you make has a cost associated with it – normally a few cents. That’s a pretty small price to pay to protect your privacy from unwanted phone calls. Once you’re signed up for this service you can use it for any type of private call or messaging activity you want. If you’re selling an item on Kijiji you can use this number for contact purposes and avoid your phone number being broadcast to anyone that uses Kijiji, the same applies if you want to use it for business, or dating purposes. As we’ve stated above there are a lot of different uses for the service. 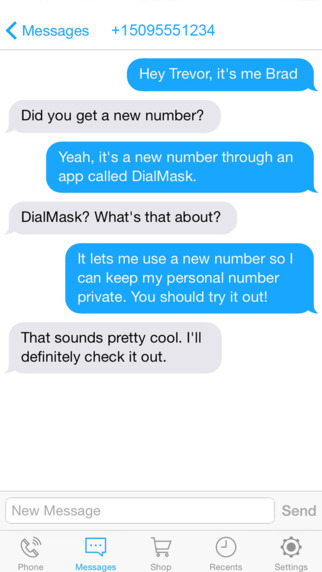 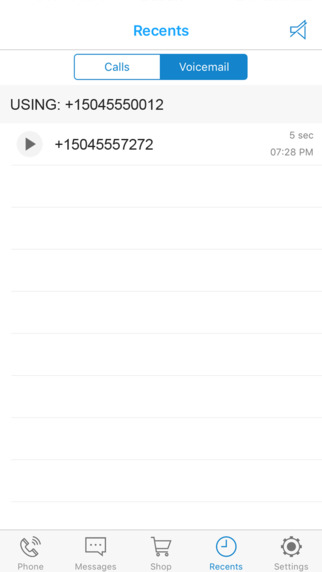 DialMask is a great service if the privacy of your phone calls and text messages is important to you. It’s particularly useful if you want to use a service like Kijiji or Craigslist to sell something, if you’d like a separate number for business, or if you’d like to use it as a separate phone number for dating purposes. It might not be the best iPhone voip app, but it’s definitely one we recommend.