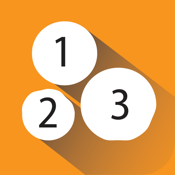 Countlogs app review: a simple app for counting anything

There are times when counting items can seem like a never ending chore and if counting is part of your daily routine this can quickly turn into a bit of a nightmare. Let's say for example, you're trying to take inventory in your family's store and there are multiple distractions around you - it doesn't take much to lose your count which can lead to a few grey hairs. But, not to worry, because there's an app for that! I've often thought it would be a great idea if there was an app that could quickly count items for you as a time saving measure and it now turns out there is.

Countlogs is an ingenious little app that takes the guesswork out of counting multiple items and can also help to prevent the early onset of grey hairs - just kidding about that, but it is a very helpful app nonetheless.  This is a free app and it's compatible with the iPhone, iPad, and iPod Touch. 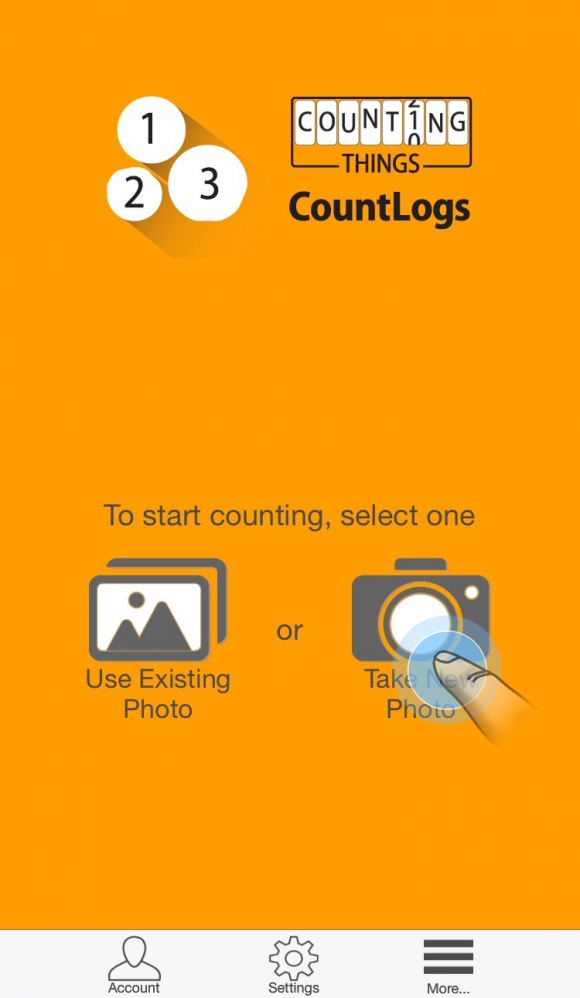 How the Counting Began

This app was created by Dynamic Ventures Inc., which isn't just another small time home based app developer. They've been at the forefront of cutting edge software development since the early 90's and have developed software solutions for well-known companies such as Cisco, Volkswagen, and GE. It's not surprising then that such an established company would come up with innovative software like this.

The best iPhone apps for startups

It's a company that's learned an app doesn't have to be technical and complicated to provide a valuable service to the world at large. The app is actually an offshoot of their counting software for desktops, which has been highly successful and is just one in a series of highly successful counting apps. To be honest, it's the type of application that you probably never thought you had a need for before, but will wonder how you ever lived without it once you start using it for the first time.

Not surprisingly, this company is based in Cupertino, California, in the heart of Silicon Valley where a lot of the world's greatest software innovations have been born. It's a popular app that's been downloaded more than 200,000 times - that's a lot of counting!

After a quick search of the App Store, It's become clear to me that this app doesn't have a lot of peers. In fact, I couldn't really find anything similar which is surprising for something that seems like such an obvious need for a lot of people and businesses. When you think about it, most of us are actually counting items all day long.

This is a simple app with a straightforward user interface that doesn't require much of a learning curve at all. The biggest issue you'll run into with this app though is the fact that it limits the number of items you can count in the free version making it little more than a party trick. If you want to unlock unlimited access to this handy little app you can expect to pay $1000 per year putting it out of reach for most individual users. This really is more of a useful application for successful businesses than it is for recreational use. On the positive side there are no ads or in-app purchases though, so you don't have to worry about a lot of distracting interruptions if you are using the free version. This app will require 21.7 MB of available space on your iOS device. 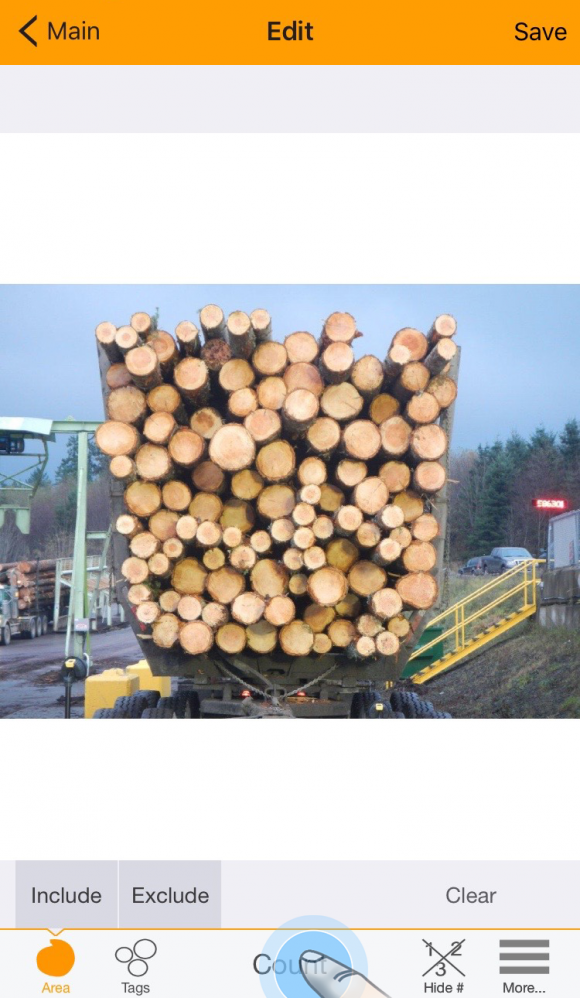 There really isn’t a whole lot to this app. When you open it up, you’ll see a simple layout with the option to use an existing photo for your counting purposes or the option to take a new photo and begin the counting process. At the bottom of the app you’ll find a simple menu with only three options to choose from. The first option is where you log into your account if you’ve paid for a premium membership – as we mentioned above, unlimited access will cost you about $1000 a year, but you can also choose from various plans that allow you to count from 100 items all the way up to unlimited and obviously the lower count will be a little more affordable.

The best stock trading apps for the iPhone and iPad

If you just want to try the app out, you don’t have to sign up for any kind of account you can simply take a photo or use an existing photo and access the apps great counting features. Whichever selection you choose, you still have the same options. Once a photo is selected, the image will open up in a new window which gives you a set of tools located at the bottom for counting and adjusting the count of your items. You’ll notice a couple of different options here including tags, area, and count.

The main tool is of course the count option. When you tap on this button, the app will process your photo and look for groups of items that match based on complex algorithms built into the app’s logic. It works quite well, but on the odd occasion when it misses items you can simply tag them yourself using the tag option on the menu at the bottom. You can also specify an area on the photo for the app to use for counting purposes by tapping on the area option on the menu at the bottom as well. 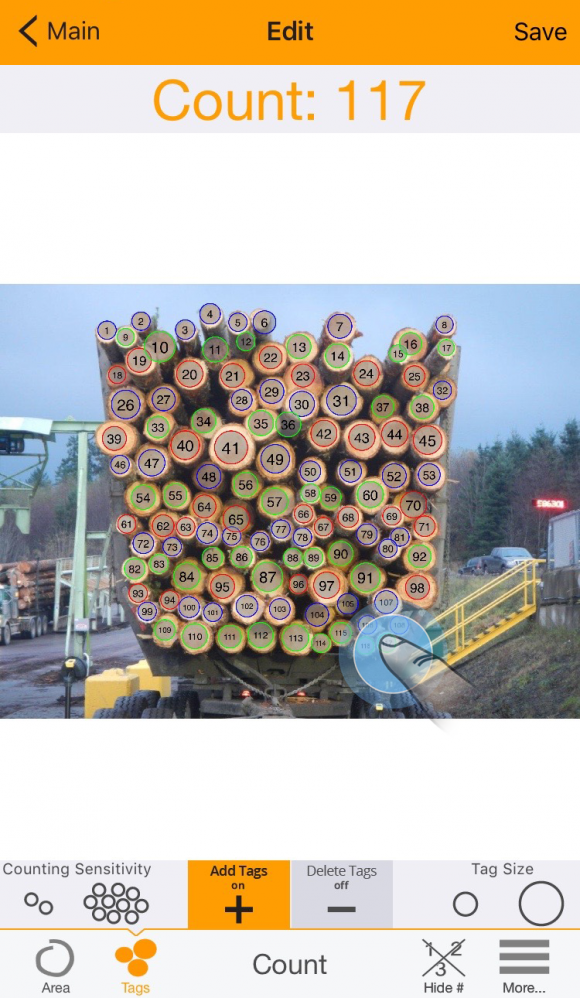 Tag items if they're not automatically counted Save and label photo after total count has been tallied

If you work in a field that requires a lot of counting every single day, then this app was made for you. It’s a simple app that requires a very little learning curve, but it works exactly as advertised. On the odd occasion when it doesn’t recognize items in your photo, you can simply tag them yourself to add them to the count. It’s an intuitive and friendly app, but it’s probably not worth the hefty price tag unless you’re using it for a business.