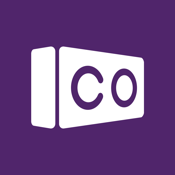 CoSpaces app review: A virtual reality experience for anyone at any time

CoSpaces is an app that’s helping to fill the gap for the need of content in this new and emerging field. It’s an innovative app that’s got some potential, but how successful it is will probably depend on how quickly people jump on board the VR bandwagon. This app is available for free and it can be used on all major iOS platforms including the iPhone, iPad, and iPod Touch. 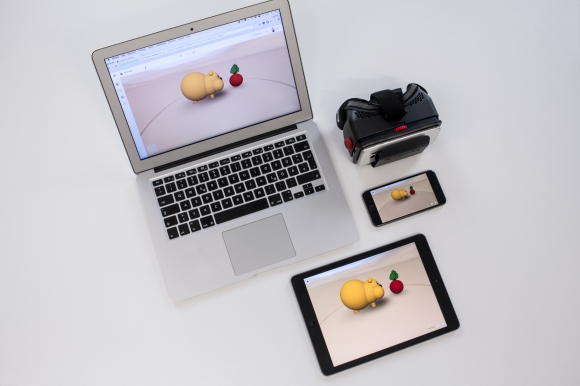 Use and sync across multiple devices

While CoSpaces is perfectly capable of functioning as a standalone app it can also be used in conjunction with your existing web account. If you’re not familiar with this product on the web, you can actually use your laptop to create your own virtual worlds and share them with others. While you can’t do that within the app, you can log into your account and access the worlds that you’ve created yourself from your mobile device.

For an immersive, 3-D, VR app like this to be successful it has to provide a variety of choices for the end user and this app does well in this respect. There are over 15 different worlds to choose from, apart from the ability to access your own worlds if you have an account, and they range from country scenes, to city landscapes, or an afternoon game of soccer. We all have different tastes so it’s nice to know there’s a bit of variety here and that they let you choose your own immersive environment.

When you start to explore the virtual world’s available, you quickly realize how detailed they really are. I took a trip through a country scene – I was able to explore a cottage, as well as traverse the bridge over a stream located nearby. It was an interesting experience and while it took a little getting used to, it definitely started to grow on me.

What makes this a true virtual-reality experience is that as you turn your device left or right, your perspective on the world changes and if you turn right around and face the other way it will change again. Essentially, the developers attempted to create the experience of moving around in the real world. If you change the direction that you’re walking on the sidewalk, so too does your perspective change when you change directions within this world.

If you’re truly going to experience this app in 3-D you’ll need to go out and purchase yourself a Google cardboard viewer for your smart phone. Without it, you can explore the virtual worlds by switching to the gyroscope mode, but you won’t truly immerse yourself in the experience. It’s still an interesting app to use without the Google cardboard headgear, but it’s not quite as effective. 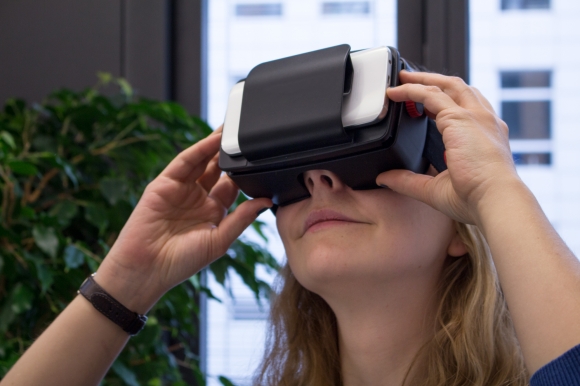 Immerse yourself into your VR world

Where I think this app was a little lacking was in the realism category. I had the opportunity to use virtual-reality headgear way back in the early 90’s when it first hit the market and my biggest complaint back then was that the virtual worlds simply weren’t realistic. Personally, if I’m ever going to jump on the VR bandwagon the graphics are going to have to get a lot more interesting – I’m thinking Star Trek Holodeck! We may be a little ways off from that type of experience just yet, but hopefully we’ll see it one day. Unfortunately, the graphics in this app aren’t a whole lot better than they were way back when I first used virtual-reality headgear. There’s certainly a lot of detail, it’s just that it would never convince me that I’m walking around an alternative reality.

Now, some users might love the graphics and my opinion might become mute. However, one area that I’m sure other users will feel just as disappointed is the lack of any type of instructions or walk-through for this app. It’s not that it was difficult to figure out, but it’s an oversight that I think the developer needs to correct. This app was created by a company called Delightex and their stated goal in creating this app was to let the users explore their imagination, create their own virtual environments, and share them with others, but I didn’t really feel like I was tapping into my imagination in any major way with this app. It would be nice if you could pick up objects, or go for a ride on a bicycle, but as far as I can see these things aren’t possible – at least not yet. 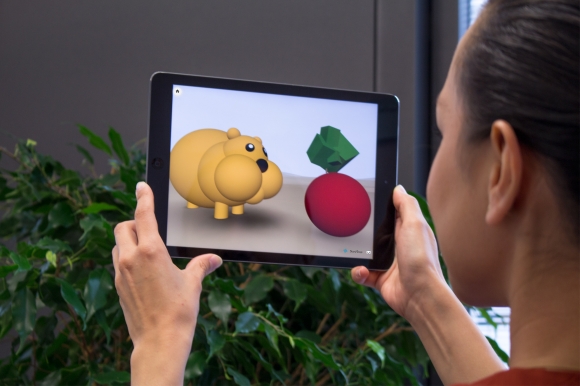 CoSpaces is an app that certainly has a lot of potential and I think most of us are quite excited about the possibilities of virtual reality, but I think the graphics need to be better and it would be nice if you could actually interact with objects within the app. I like the potential and the concept. I feel this app is heading in the right direction. And, with a few improvements, this app will be ready for the prime time!