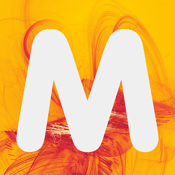 The Unofficial LEGO Minifigure Catalog is an iPhone and iPad lego catalog app that has unofficial images. This iPhone app for lego is free and includes over 3,900 characters that are filtered into several categories.

Some users have stated that this is one of the best lego apps for iPhone. Continue reading our Lego Minifigure app review and let us know if you agree with these other users.

The Unofficial LEGO Minifigure Catalog has more than 3,900 mini-figures, 1,400 non-standard scale figures, and 700 heads. It includes the collectable series 1-12, Team GB, The LEGO Movie, and Simpsons characters. If you're a LEGO fan, or have a child who is, they'll get a lot of entertainment from browsing through the collections, and individual figures dating back to 1975.

Additionally, if you want to scroll through more characters such as LEGO Duplo, Fabuland, and Belville as an in-app-purchase. 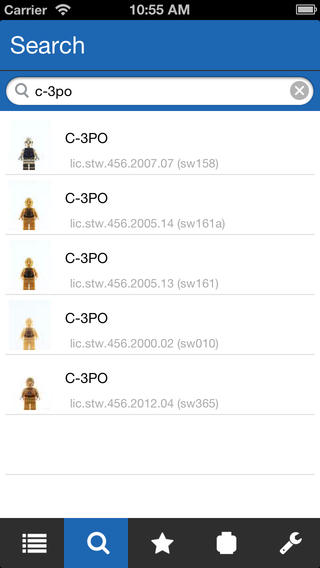 The developers take the job of providing a high quality catalog very seriously, and they take pride in their work. I played around with it with my daughter who likes LEGO and really enjoys building and making up scenarios with the mini-figures.

For her, the navigation was easier when she randomly browsed, because she wanted to see the female characters such as the space lady, bride, red riding hood, and the Olympic swim medalist.

These are her favorites from our collection, but they were missing or hard to find. I appreciate how they need to make money, so the 2011 through 2013 collections are currently set to in-app-purchase. That’s why her favorites are missing, but it rendered the app boring for her quite quickly.

The lists show a thumbnail of the characters, and when you select it, you can zoom in, out, read set name, release date, and the proper name of the mini-figure if your child is a stickler for proper terminology. My daughter doesn’t care and likes to make up names, but she did enjoy reading proper names too. 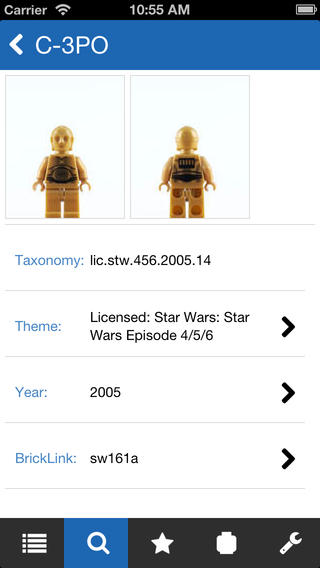 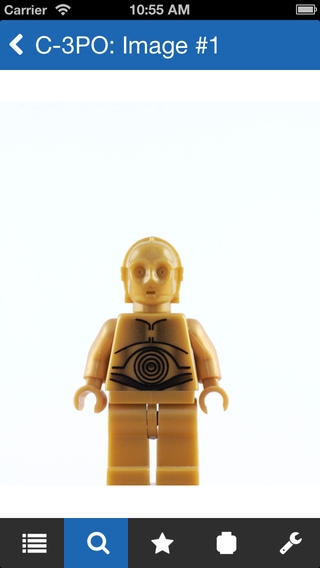 The Unofficial LEGO Minifigure Catalog is a fun catalog app for iPhone and iPad users to view and read about LEGO mini-figures. I downloaded it expecting a vast database that would be easily accessible for my kids, but without the in-app purchase, most of the characters they wanted to read about are not available.

That being said, if you are a more seasoned collector or fan, then the figures date back to 1975 and there are over 3,900 and growing all the time. Overall, it’s a great concept, I just want them to release the more recent characters, even some, for free and make the name search a bit more friendly.