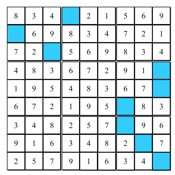 Sudoku *** app review: three levels of sudoku puzzles in one

Sudoku *** is an iPhone and iPad has three difficulties to test your skill and logic. This is a great app to get started, practice, and improve your skills.

The best Sudoku apps for iPad-2021

Sudoku *** is a good option for learning to play Sudoku. My only qualm is that there doesn’t seem to be a note-taking option. I am not a Sudoku master so I need to be able to jot down the possible numbers and then deduce from there. I have completed many Sudoku puzzles this way, and my ability has increased from having no clue what I was doing and failing utterly, to completing puzzles in under three minutes. That’s really good for me, and I’m okay with that as it’s only me competing against myself. Without the note-taking field though, I had to try to keep track of the possible numbers, and that was just a headache, especially when it came to the more difficult puzzles.

That being said, the tap-and-write style is an interesting take too. I am used to having a number pad at the bottom with a switch from pencil to pen and such, or a tap until you get to the last number. I adapted of course, but I missed my note option.

If you have a photographic memory, you may be able to get your puzzle perfect the first time in Sudoku ***. The app filters through the puzzle set, then covers the numbers you have to figure out. If you’re paying attention, then you can just go back and tap the numbers into place. I thought this was a neat trick, because it gives you a little tease.

The game will let you put numbers over numbers, but you can only see one at a time. The timer system is also different in that you have a countdown timer to win the puzzle rather than a timer counting up. The first easy puzzle gives you five minutes. Honestly, for those who are learning, this may not be enough time. My first Sudoku puzzle was done while settling my middle child into bed. I sat there for over an hour and my puzzle took over half an hour. I wouldn’t have been able to learn the nuances with this app. 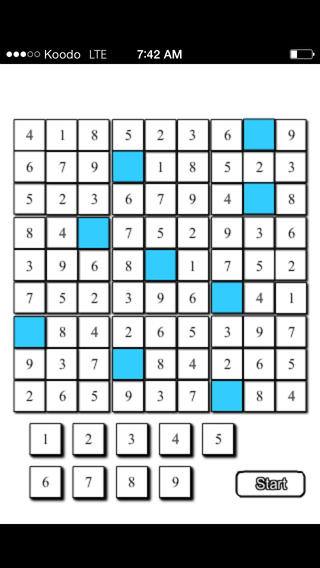 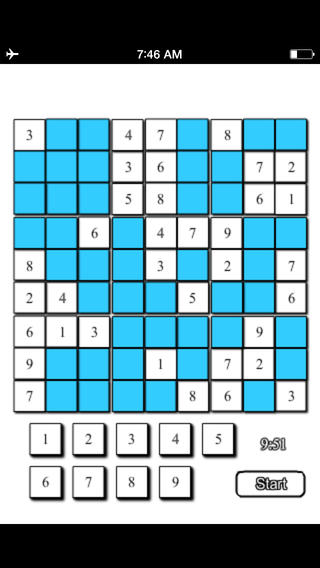 Sudoku *** is an interesting take on iPhone and iPad Sudoku apps. There isn’t a note options though, and the timer counts down rather than up. This means that beginners have to restart the puzzle repeatedly if they run out of time. My first puzzle took over half an hour, and the timer on the first puzzle in this app was set to only five minutes. For experts, this is okay, but overall I wouldn’t recommend this app.