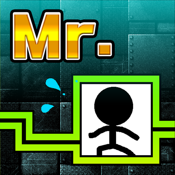 Mr.Space!! is part of the very popular Mr. gaming series. In this game, you have to help the stick figure escape the brutal trash compactor. You need to position the character on a safe space across the screen until you find the right exit point. If you fail to find the right spot on time, you will be crushed by the collapsing ceiling. Developed by Ponos, this game is compatible with iPhone, iPad, and iPod touch.

A Simple Game with Nail-biting Adventures

Mr. Stick Figure was first introduced by Ponos gaming as a platform jumping adventurer in the popular Mr. Ahh! The stick figure apparently jumped his way out of the platform and landed squarely inside a trash compactor with collapsing ceiling.

Now called Mr.Space, your stick figure must find his way out of the compactor in order to survive. And it is your responsibility to find the exit to allow Mr.Space to escape.

The game offers cartoonish graphics typical of the Mr. series. However, MrSpace offers a new level of entertainment by combining fast action-adventure with brain-wracking puzzles. You have to think and act fast in order to avoid the crushing ceiling.

When you load the game, you will be welcomed by a colorful home screen with four access menus. Tap the Begin Game button to start your adventure.

The screen immediately opens the game board with your stick figure trapped inside the trash compactor. A green arrow will initially point you to the exit space. Your aim is to safely maneuver Mr. Stick Figure into every available space until he reaches the exit point.

You can control the figure by tapping the right and left arrows. The game also allows you to flick your finger across the screen to move the character. 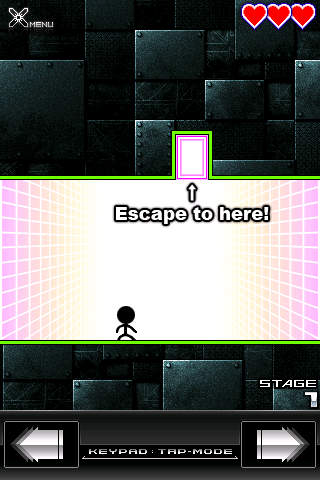 Mr.Space offers simple mechanics that combine elements of puzzles and adventure games. All you need to do is to find a safe spot for the stick figure to avoid the crushing ceiling. The game starts slowly but it eventually develops into a nail-biting action adventure.

The best Fashion apps for the iPad

One of the best features of the game is the flexible control. It allows you to move the character through simple left and right tap. But if you want more freedom of movement, the app allows you to use finger flick gestures.

Another great feature of Mr.Space is the daily leaderboard. This global competition will entice to keep playing each day. At the end of each level, your score will be recorded and you will get your global ranking from the leaderboard. 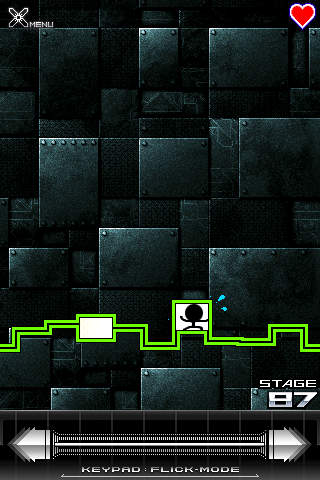 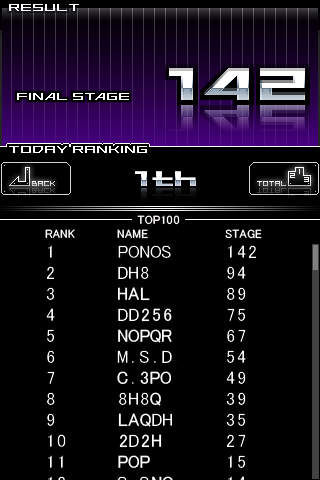 Mr.Space offers a new kind of experience for people who love stickman adventures. It forces you to think fast in order to find the right escape route. And the best part is that the app allows you to compete against the best players from different countries through the leaderboard competition.