Air Ace app review: take to the skies to help in the war effort

I think the developer has found a very fun balance with the way the game introduces a lighthearted aspect to Air Ace. Being a 2D side-scrolling flying game with a, shall we say, less-than-realistic physics engine, this is definitely a game which doesn’t take itself too seriously.

Having said that, don’t be fooled because there are many challenges ahead and your mettle is going to be well and truly put to the test!

In order to jump straight into the action and start proving your worth, I’d recommend taking a look at the Tutorial section as it will provide you with a quick look at how to play Air Ace so that you don’t immediately go down in a blaze of not-quite-glory.

The flying controls are very simple, requiring that you move your throttle forward and then use the "Joypad" in the direction you want your aircraft to fly. You can even pull off a loop by circling the controller all the way around, but don’t get too cocky just yet, young whippersnapper!

To dispatch enemy combatants you’ll have a decent array of weaponry at your disposal, with your most basic weapon being your guns. 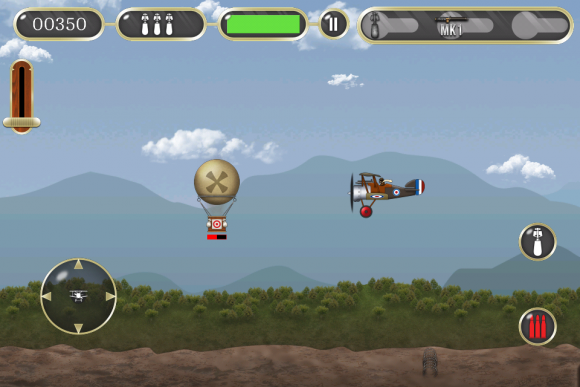 You’ll also have a limited number of bombs to drop onto ground targets, and keep your eyes peeled for "Special Weapons" as these can really turn the tide of battle when used effectively.

There are dozens of missions to complete starting at the Western Front and proceeding to the frozen wastes of the Eastern Front and even on to desert terrain where you’ll truly face your most difficult challenges yet.

All in all, I’ve been really enjoying Air Ace. It’s a jolly good load of frivolous fun with a nice mixture of basic cartoon-y graphics, amusing dialog, and some very tough challenges thrown in for good measure.

If you think you’ve got the brass for it, the Axis powers are progressing and the war effort needs you, so what are you waiting for! 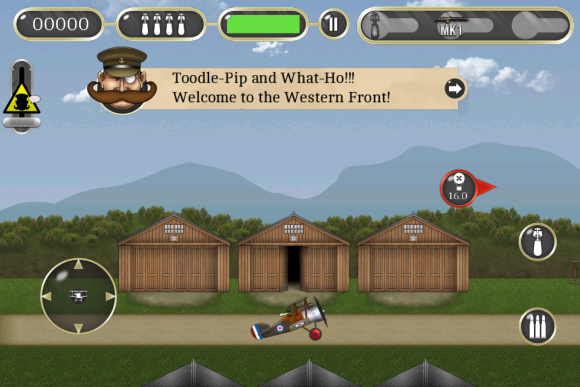 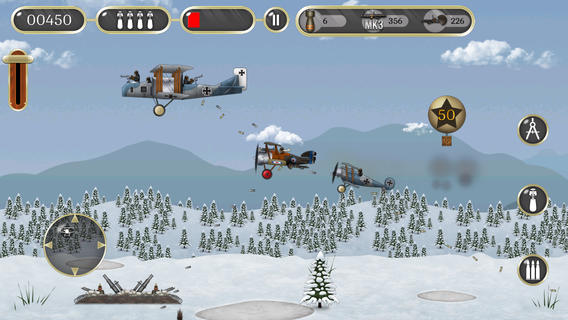 Some of us are made of sterner stuff than others, and only the bravest and most courageous will have what it takes to take to the skies and make it as an Air Ace.

If you’re ready to spread your wings and rain down destruction on the evil Axis powers then hop aboard your kite and let’s get going, old fruit!