GGTD - Test of Hercules app review: a mix of a brawler and a tower defense game

I really like developers who try something new, even if it doesn’t work exactly like they and the customer would expect. In the case of developer adada Inc., they have tried to combine two completely different genres together. One based mainly around strategy and one simply about action and violence. On paper, this sounds very good, but one of the two genres will have to lose out to make it work. In the case of GGTD – Test of Hercules it’s the strategy aspect that loses out.

The best puzzle apps for iPhone

The game has turned out more like a brawler than anything else, and focuses more on action. The game is developed for both iPad and iPhone, but due to the scale of the battles, everything above an iPhone 4s is recommended.

As mentioned this game is all about the action. The game works with waves, just like Tower Defense games, and your hero of choice will have to defend the game. All the enemies spawn in a field and you will have to control your hero yourself. After killing a certain amount of enemies, your hero will become more powerful, but of course enemies get more powerful the further you will get in the game. Your hero has two standard attacks: a quick one and a powerful one. He also has a one special move that is time-based, meaning you can only use them it once every so many seconds. After your character levels-up a few times, you will unlock more powerful special moves to use in battle.

The graphics of the game are pretty nice, especially if you take in account how many enemies will be on-screen at the same time. In the first few levels and rounds there will be only a few enemies, but later down the line the whole screen will be filled with enemies! The sound of the game is quite decent as well and will make you feel like you’re really in a battle. All enemies have their own sound and your heroes bursts out battle cries whenever he does a special move. 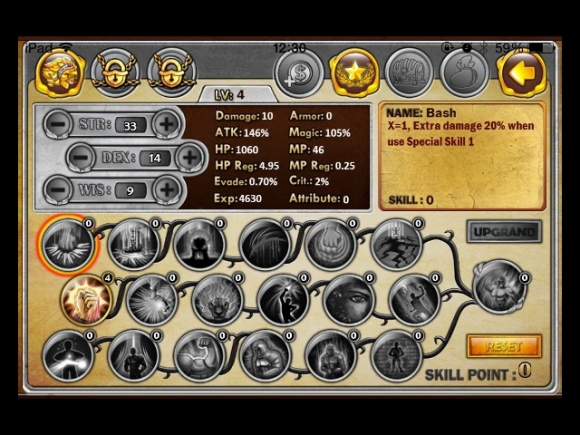 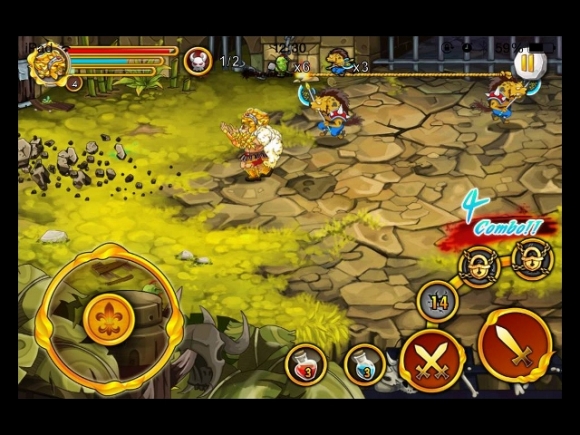 GGTD - Test of Hercules is a great free game if you have time. Each level takes quite some time to finish but it’s really fun and will keep you busy for a long time. The game is completely free, but regrettably doesn’t have any strategic gameplay to it. This game ended up as a true brawler, and there are not enough of these games in the App Store. The graphics and sound of the game are quite nice, especially seeing that there will be tons of enemies on the screen in later levels. The game is available for both iPad and iPhone.