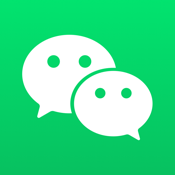 The Impossible World of Social Networking. Or is it? 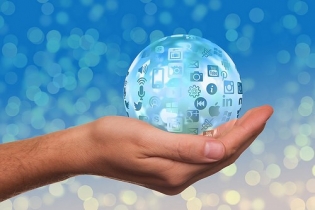 Facebook, Twitter, Instagram. There only a few social media sites to have had ongoing success, proving it difficult for new networking apps to break into the market. Even Pinterest include private messaging these days, in a bid to keep up with the industry leaders. Apart from WhatsApp and Snapchat, which have also seen waves of popularity, it’s hard to name any other social media as big as these. There are others such as Google + and Tumblr, but are these really comparable to Facebook’s achievements?

Why is there such a struggle to bring some new life into this sector though? Are people too narrow minded these days, preferring to opt for what they are used to, or are app developers lacking creativity, simply releasing apps that regurgitate formats like that of the top companies? Given the way social media is heading, if you can’t get a huge following and become a millionaire from your Instagram account by sharing every aspect of your life, there doesn’t seem much point in creating new apps. It’s clear to see that despite the popularity of social media, there are limits to the market. Or are there?

If you try to create an app with the intention of reaching out to the world in the same degree as Facebook or Twitter, this is going to be extremely difficult, as these apps’ formatting is already out there. When it comes to more niche markets though, whether that’s aimed at a group of people or app function, there is vast potential to build up a smaller, yet devoted group of users. From there, the word may just spread, and an app could become popular. Taking a look at these social apps below, these may not be used by everyone across the world, but they are hugely successful in their own right, aiming at specific areas of the market. A few of these are, in fact, a bit unbelievable, but completely true and have some devoted fans.

The rest of the world may use Facebook Messenger and WhatsApp to satisfy their instant messaging needs but China is a bit different. Major social networks that the Western world regard as an everyday occurrence are banned in China. Enter WeChat. This social media app is everywhere you look in China, providing a multi-purpose platform for today’s social media users. Not only does the app offer WhatsApp-style messaging, but you can post on WeChat Moments, and use tools such as maps and business chats.

These are a separate kind of app yet share traits of the social media industry high-flyers. Take Badoo, for instance. Considered one of the top apps for dating and social discovery, there are creative, different features, helping the app to break into the elite social app sphere. Unlike a lot of mainstream social apps, Badoo is not blocked in China, adding to its success. While there does not seem to be a new Facebook on the cards anytime soon, dating apps can include features not necessarily related to the typical image of a social media app, but aimed at dating. This brings a breath of fresh air to the world of social media. Badoo, for example, has a Super Powers feature, letting you find out who wants to meet you, and the ability to view a profile unseen before you’re certain you want to meet that person.

Ok, now for the odder examples of social media apps. It’s safe to say they will never reach the heights of Snapchat or Instagram, but they have a devoted, albeit small, fanbase, and that’s an achievement in its own right.

If you’re a car lover, then you’ll no doubt deem this app as one of the most successful ones out there. Then again, if you’re not a car fanatic, you probably won’t have heard of DriveTribe, the social media app for petrol heads. You can join chats and tribes with people who share your car interests, including the likes of Jeremy Clarkson and James May. Despite the perks though, you really do need to know your stuff, which is why this app hasn’t made an impact with the rest of the world.

Can you call it a social media app if it isn’t social? Binky thinks so, or perhaps the lack of social interaction is what has caused the app not to have a popularity burst comparable with the likes of Twitter and Facebook. Binky has taken all the features of the top apps, such as retweeting, liking and commenting, but no one else can see your actions. It just serves people’s love of scrolling through random videos and images for hours on end, whether that’s vegetables or historical figures. The trouble is that you can find these on Facebook, and what’s more, share them with friends who will also like them. It’s hard to say whether Binky is worth it, or just a version of Facebook and Twitter with half of the features.

There are, of course, some apps that were a good idea, but have not made it to today. Who remembers Hoffspace? The MySpace replicate created by none other than David Hasselhoff, designed to avoid the many fake accounts pretending to be the Hoff himself. A relatively ingenious idea 10 years ago, but if every celebrity these days created their own social media to avoid fan replicates, the social sphere would look a lot messier.

So, is it possible to break into the social media world and stay at the top, along with the ongoing leaders such as Twitter and Instagram? The answer, yes. With a specific audience or purpose in mind, such as dating, success can be found. The trick is to not just copy the top companies already out there and come up with unique features. While a niche is good, there are only a few in the entire world who are hardcore car enthusiasts. If the niche is the Chinese population or single people though, there is already a huge platform for your social media app, and perhaps an app will just be able to be the next Facebook.

WeChatPrice FreeWeChat by WeChat gives you a way to communicate with friends quickly and easily while having a little funThis app gives you free voice messages video calls and...

Sure you could pick up the phone and chat with a loved one or you could take the less personal route and go with text messaging, but why not enjoy a face-to-face conversation in the digital age?

Because you can’t always be with your friends and loved ones you need to rely on different means of communication and one of those options may be video chats.

Here are some of the leading texting applications for iPad.