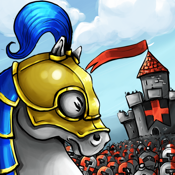 Download from AppStore
We'll notify you of price drops, news, and updates for this app.
$1.99
Genres:
App profile

Top 7 Most Addictive Video Games of All Time 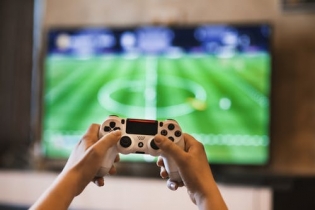 It is no secret that many people are addicted to video games. Indeed, it is one of the activities that distracts you from issues of life, and ushers you into a world of fun and endless possibilities. You will be thrilled when you get a game that blends in with your personality and lifestyle. While on the search, you will across the following addictive games:

Most people are unable to leave their leather futon and other gaming chairs when playing this game. You are simply required to manipulate a sequence of square shapes to score. Many people think this is easy until they realize that the blocks are not crumbling in their favor. They are also distracted easily to the end that they fail to focus on the goal. It is surprising that this game has been inexistence since 1988. Changes have been made to ensure that you get glued to your PC as you try to make high scores.

You can never get bored of playing this game. It involves placing blocks and getting into a world of adventure. Get lost in the mountains, open terrain and swampy places as you try to win. The best thing is that there is no one way in which you must play the game. You are at liberty to determine the best way of achieving your goals. Choose the creative mode and get limitless resources to create what you like. On a survival mode, you are allowed to mine the resources in the world and feed or defend yourself. If you have friends who are just as excited to play the game as you are, join them and make rules that work for you.

If football is just a cup of tea for you, madden is the game of choice. The first game was created for Apple in 1988. It was named after the best football coach and commentator of all times, John Madden. Since it was developed, it has been modified to offer features such as playbooks, voice commentator and statistics that makes a player feel as though they are in a football pitch.

This competitive game has been played by over 25 million people in the world. You are given a rare chance to choose a fighting style that helps you to win. Multiple playable characters and command-based special moves are offered to make the experience worthwhile. Be attentive as your tough opponents make their move and determine the ones who suit your playing style. It is simple to play and hence, you can invite all your friends and family members to learn a skill or two about street fighting.

Immediately after its release, this game sold over 7 million copies. The size of the game is incredible while the musical compositions sweep the players off their feet. The visuals look good, making it extremely addictive when compared to other games.

The free to play game offers a distinctive team play structure so that you can connect easily with other games. You will be shocked at how easily time passes as you try to battle for Dota heroes. There is always something new to learn regardless of how many times you play. Regular updates are offered so that you don’t get bored at any time. There are no limitations as to how you should play the game and instead, you can choose a style that blends in with your needs.

This is the best option when you are looking for a portable. While it is free to play, you will get a better experience if you go for the pay-for-bonus option. The players are required to swap colored pieces of candy on a board and match three candies of the same color. Different goals must be completed within a limited time.

All in all, there are limitless addictive games online. You are free to choose the right one based on your personality, costs, and lifestyle. It is also worthwhile to avoid getting too addicted to the extent that your quality of life is impacted negatively.