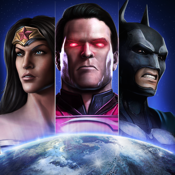 10 Most Popular Slots Games for Mobile 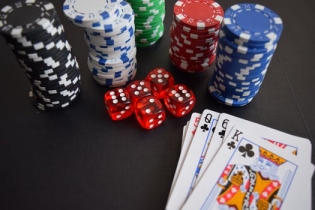 Below we feature the top 10 most popular slot games for mobile. Not just any popular games, we review fun to play, re-playable and high-paying games.

This game is a classic that honors legendary horse jokey, Frankie Dettori. The slot pays special attention to the day Dettori won seven races in a day. Like many slots, this game features simple yet neat graphics. It uses common symbols like the letters J, K, Q and A and numbers 9 and 10. Of course, Frankie is also featured as a symbol, his trophy and a host of other things.

Irrespective of whether you love horse racing or not, Frankie Dettori is a great game to try on a mobile device. It features 5 reels and 25 pay lines. The graphics surely won't crash your device and there are lots of bonus rounds and multipliers.

Age of the Gods

Slots celebrating Norse and Greek gods are ever in high demand. It’s not a surprise, therefore, that a game celebrating Greek gods is one of the most popular mobile slots today. The game features images of Poseidon, Athena, Hercules, and Zeus as scatters.

Age of Gods features 5 reels and 20 paylines. Its graphics are impressive and detailed. It's easy to play with features like auto-play and turbo and can multiply your wins up to 10,000 times. Match all the five gods we mentioned earlier and your wins are multiplied 200 times the size of your stake. Trigger the game’s logo in three reels and you earn more money and free spins. Here’s a game you’ll find in almost every mobile casino. Not only is Gonzo’s Quest popular but it’s in fact advertised as a selling point to promote new gambling sites. So, what’s unique about it? To start with, the game’s reels don’t spin. Instead, the game features blocks of rock that tumble when triggered to form scatters, wilds and winning bets.

Gonzo is a great game in almost every way. Its graphics are top-notch. Its storyline immerses you into the world of an adventurer's fortune finder (gold) and serene, intuitive jungle themes. Gonzo’s Quest is also one of the best paying slots with a 96% RTP.

Five reels, three rows and 15 paylines—Good Girl, Bad Girl doesn’t sound like a unique game at first. But once you understand the slot’s gameplay, the game becomes amazing. At the core of Good Girl, Bad Girl are two girls that feature as wild symbols.

The good girl stays on the left and appears reels 1, 2 and 3. The bad girl appears on reels 4, 5 and 6. You can choose either good girl or bad girl mode. Either way, you get near similar deals. Triggering the Money Wheel symbol, for example, earns the chance to spin the wheel of fortune feature and win free spins or real money.

Big Bad Wolf is graphically superior to most new slots despite having launched a while ago. The game is set in the countryside. Each character is designed in 3-D. The soundtrack is impressive and the slot’s gameplay flows smoothly.

The game features 5 reels, 3 rows and 25 paylines like many contemporary games. You can adjust the paylines to your liking but keep in mind that this affects your potential wins. Speaking of wins, Big Bad Wolf rewards you twice. If you trigger a winning bet once, the game replaces those symbols with some more scatters or multipliers.

Like Gonzo’s Quest, Thunderstruck II is featured in all popular casino sites. Like Age of Gods, this is yet another slot celebrating ancient gods. But instead of Greeks, Thunderstruck II is inspired by Norse gods like Thor, Loki, Odin, and Valkyrie. The gods also act as symbols in addition to longships, alphabetical letters and number 9 and 20.

Similar to all slots, some symbols are more important than others. Match 5 wilds represented by the game’s logo and you win 33.3 times your stake. Trigger Thor’s hammer and your wins are doubled. Trigger Thor and you earn 15 free spins.

If you’re like many slots players, you dream of winning a million dollar jackpot. Mega Joker can help actualize your dream. Developed by NetEnt, the game features three reels and 5 paylines. But with a 98.9% RTP rate, Mega Joker pays out more frequently than most games out there.

The game is also simple to play. Spin the reels using in-game coins and earn up to 2000 times your bet when you trigger the super-mode feature. Trigger matching fruits’ symbols and win free spins. Overall, Mega Joker is beloved by gamers, and you should probably try it on your mobile device.

Besides its eligibility for multiple bonuses, Starburst is a fun game to play. It features 5 reels and 10 paylines. Bets start at 10 cents but can be raised to €100. The game's icons are simple emeralds shaped like diamonds triangles and squares. They also feature multiple elegant colors. More importantly, the game has a high 96.01% RTP.

If you’ve been thinking about playing slots on your mobile device, don’t play just about any game. Go for the best paying slots. Also, stick to popular games because they tend to be easier to play, graphically improved and legitimate.

Still on legitimacy, be choosy where you play your games. Not every online casino is worth your time and money. Research around to find the best gambling sites to play mobile slots.

If fighting games are your games of choice then the apps on this list aren’t to be missed.

If you’re like millions of others and you can’t get enough of superhero-themed games and entertainment then this is the list you’ll for sure want to check out.

Here’s a list of apps that is dedicated to all things DC Comics related.

Calling all super-fans of the DC Universe: here’s a way to take your love of the comics to a whole new level and even share with others just like you.