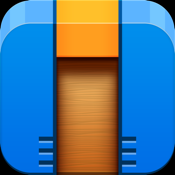 The Many Pros & Cons of Outsourcing and Offshoring 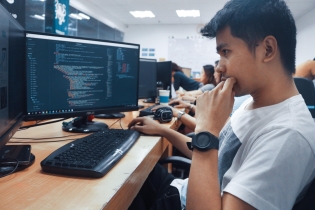 The continual debate of Outsourcing vs Offshoring is not diminishing and isn’t likely to decline in the nearest future. The key reason is that the two are forever intertwined and both have clear advantages and disadvantages that need to be considered before any “clear-thinking” company travels down this road. For the novice, let’s start by clearly defining the two:

Outsourcing – If one company outsources any internal functions to another company;

Offshoring – The act of outsourcing internal projects / setting up company R&D in a foreign country.

Thus, we often hear mixed terms like “offshore outsourcing” or “outsourcing offshore”. It is a fact that many companies desire the inherent factors of quality control, expanding resources, and cost savings inclusive in an offshoring venture.

Let’s take a look at a list of the “pros” of both models mentioned above:

Starting with lower costs and workforce, it’s now a known fact that hiring skilled workers on other continents opens up a vast pool of developed resources, beginning with millions of workers and expanded technology, plus other benefits. For instance, in many countries the field of IT is only one of a very few industries that allow people an adequate salary commensurate to western salaries, so considered “elite” and attracting larger numbers than in, say, Western Europe or North America. Therefore, foreign companies outsourcing or setting up R&D centers in these countries have a fairly abundant plethora of skilled workers.  To top it off, this workforce is quite happy to receive remuneration that would be considered “lowly” in the west. With the expanded resources also come the time differences, meaning you might have people working by day in their countries while you are sleeping by night in yours. Suffice to say, this can lead to quicker results and faster completion of projects. The last (yet certainly not the least) item of pros involves risks. Of course, there is and will always be risks on any project that involve people, except now many of those risks have been lopped off onto another company in another country; that can include accounting/finance and legal/compliance risks as well. Now that we’ve painted a fairly bright picture of the pros, let’s move to the “cons” (which are enough in themselves):

4.     Delays due to extended holidays /mentality

No matter how much we try, delegating responsibilities to another company can (and will) lead to headaches to any project; once the contract is signed and work begins, you could find yourself dealing with delays due to quality or cultural issues, or people being on holiday (remember that in some countries public holidays are innumerable). As well, many remote workers don’t feel the same responsibility and loyalty to your company as your internal workforce, thus get sick more often or just disappear at a critical junction to go on holiday. Consequently, you may need to maintain greater control via extended management resources (see Alcor Solutions ) to get things accomplished as planned. There’s also the question of intellectual property. You can state clearly in the contract who has the right to what, but at the end of the day (like when independent contractors leave your project) there is no guarantee that those rights will be 100% upheld.

All this brings us to a key point – which is to open your own R&D center in a country like Ukraine. Why Ukraine? Mainly because it has 200K talented IT workers (the largest in Europe and grows yearly) plus legislation that is “kinder” to offshore companies regarding labor taxes and initial investment.  By opening your own center with a trusted partner, you could get the best of the pros and mitigate many of the cons.

Add to Flipboard Magazine.
"Best of" Lists
The best iPhone apps for programming

Who says you need to have some sort of degree in programming just to be able to do basic and even advanced operations?