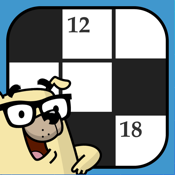 Single-Purpose or Multi-Purpose Apps: Which Approach is Best? 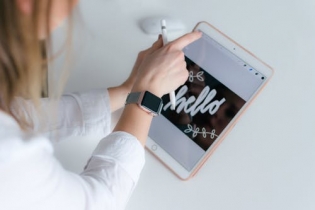 Any company that delivers a multi-faceted service has a quandary awaiting them during the development of an app. Does it make sense to package every service together into one comprehensive app, or will user engagement be optimised through the delivery of multiple apps with a narrower purpose? There is no single-purpose answer to that question, as different businesses will naturally be better suited to either option. However, there is a growing trend of companies developing multiple apps to provide specialised services, with each app contributing to the common goal of building brand exposure. User happiness has to be at the forefront of the app development process, with single-purpose and multi-purpose apps bringing their own pros and cons.

A multi-purpose app boasts the advantage of having everything a user needs in the same place. Fewer downloads from the app store are needed, while the user may become aware of extra services offered by the company while browsing the app. There may also be the notion that a multi-purpose app is less dispensable, as a user may need to keep the app installed if they want to engage with just one of the services offered by a business.

A single-purpose app can offer a more efficient experience, given that it is streamlined by the removal of additional features. If a consumer utilises just one service of a company, then they can access that service through a smaller specialised app that takes up less storage space. While a multi-purpose app may be harder to uninstall, a single-purpose app theoretically has fewer obstacles to its installation.

The multi-purpose method has been the dominant form of app development for several years. Given that this is the status quo, it is worth exploring the companies that have explored the benefits of offering multiple single-purpose apps. While this approach won’t be suitable for all types of company, these examples demonstrate how a business can coherently break down its different services into distinct apps, each with the purpose of optimizing the user experience.

Facebook is the ultimate multi-purpose social media site, allowing users to post their thoughts, share images, and make connections with new and old friends. However, Facebook has taken a single-purpose approach to its apps, splitting its messaging service from the primary app which displays a user’s newsfeed. This enables people to quickly load their chats through the Messenger app, rather than having to find their messages through more complex navigation.

Facebook’s decision to separate the two has given Messenger the platform to become the world's dominant service. MobileMonkey has compiled some eye-catching statistics, including an observation on how Messenger has 116% more monthly active users than its nearest competitor (Snapchat) in the United States. By developing a single-purpose messaging app, Facebook has become many smartphone users' main social media platform and means of communication.

Betway have taken a similar approach to the social media giant, splitting up its services into two apps with clear and distinct purposes. Some people will be more likely to engage with the brand via the slots and table games at the Betway Casino, while others may have a primary interest in the sports betting markets. This has allowed Betway to naturally separate the two into specialised Betway Sports and Betway Casino apps, reducing the features on each app and thereby increasing their ease of use. Given the rise of in-play sports betting and live casino, it is vital that users can access the right part of the app as efficiently as possible. Having two single-purpose apps streamlines the navigation process for the user.

By splitting some of its banking services into a specialised app, American Express have sought to make customers more aware of features that may have previously been neglected. A user benefits from a banking app that is straightforward to use, given the importance of the smartphone features that may be needed while on the move. American Express still provide a main app to cover the essential functions of personal banking, but the brand also offers more niche applications that may appeal to certain parts of its clientele. There would be little sense in integrating the role of the Amex Global Business Travel app or Amex Travel Forum app in its flagship platform, as they provide features that most users won’t require on a daily basis. However, an Amex user who does travel frequently now has perfect single-purpose apps to guide them through the process.

YouTube have demonstrated how splitting up services into multiple apps can help a brand to move into a new market. YouTube’s creation of a music streaming service marked a significant shift away from the company’s almost exclusive emphasis on video, showing a clear intention to rival Spotify for its share of the streaming market.

If the music services had been tacked on to the default YouTube app, many users may not have considered YouTube to be a worthy alternative to Spotify. Incorporating music into an app that comes pre-installed on many phones could have been a quick fix in terms of reaching new users, but the creation of a single-purpose app was a statement from YouTube that they are as serious about music as they are about video content. Each user will have their own view on multi-purpose apps, a view that will be influenced by a range of factors. Do you want every service in one place, or do you primarily use just one feature of a company? Does your phone have enough storage space for multiple apps? Does it fail to load apps as quickly as you want? A growing number of brands are unpacking their services into several different apps – it might be worth checking if any of the apps that you regularly use also come with single-purpose alternatives.

Add to Flipboard Magazine.
"Best of" Lists
The best crossword apps for iPhone

Everyone loves a good crossword puzzle, so today we are going to look at a collection of the best crossword apps for the iPhone.