Old iPhones - Why They Slow and How to Still Use Them 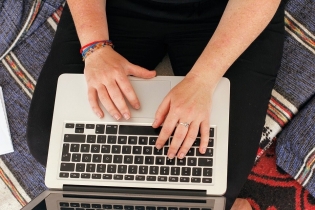 Apple users are lucky in that their older phones don't suffer from many of the issues which can affect other types of devices. At worst, users can usually only expect the slow degradation of battery life which is an unavoidable part of every mobile experience. Of course, when our iPhones do start to show their age, we tend to upgrade to something new, and forget about the old. It doesn’t have to be this way, however, because a properly utilized older iPhone can still be a valuable tool. In this article, we want to use our personal experiences to go over some of our favourite uses for older phones and explain why our they are such good fits. A big part of this is going to cover what we originally used these for, the world of online casino gaming, and what our experiences here taught us about the why of older iPhone limitations.Building on from this concept, we've added some more general use ideas as well that can be used by people of all ages. Also note that new phones can manage all of these functions too, but it can be nice to have a separate device to save storage space and battery.

While running newer games on older iPhones is not always possible, there are exceptions to this rule. Mobile casino games are one such example, where the likes of slots, blackjack, and poker games can play perfectly even on dated systems. This might make you wonder why a phone from 2014 could run a mobile casino game from 2020, where it could never hope to run a traditional video game from the same period – as it did us. There are two facets to this question's answer, that of hardware capabilities and that of operating system restrictions. Hardware capabilities are the more obvious issue to address, as they come down to simple device processing power. As each year passes, and each new iPhone gets released, the average power of a phone sees continual and significant growth. Because of this, whenever an app or game comes out, it tends to use the average capabilities of in-use iPhones as a baseline. For newer traditional video games, which are immensely complicated and taxing in their demands, older phones quickly become outdated. Online casinos, however, approach gaming from a different angle. Casino games, unlike traditional video games, don't gain their appeal through pushing devices to their limits. Instead, casino games rely on simple, classic gameplay that relies on skill and luck for its appeal and complexity. Blackjack is largely unchanging and simple to play, for example, and casino services understand this. The realm of operating system restrictions runs in parallel to that of hardware capabilities. Often, newer versions of operating systems lock out old devices not because older devices cannot run a program at all, but because the performance on older systems would be so terribly slow that nobody could tolerate using them – and might even blame the manufacturer of the OS for such bad performance, without realizing it was a hardware issue all along. Again, this is an area that online casinos and their apps avoid by being much less demanding than their cousins in contemporary gaming.

In almost every case, all that a player needs to get involved in online casino gaming is a working web browser, and as these are both small and exceptionally efficient, even older devices are capable of running modern websites without issue. In fact, some recent changes brought about by developments in HTML and CSS have made modern websites run faster and more efficiently than those which came before. Taken together, all of these aspects combine to create a system that is uniquely suited to this one singular form of gaming. Even the most demanding of contemporary casino games, those of live casino streaming blackjack, hold'em and roulette, worked incredibly well on all mobiles in our own experience, and this is far more than we could say for any other modern games. If you are the type of person who likes to keep up to date, even on older devices, then online casinos might not only be your best choice – they could be your only realistic one.

Gaming apps today can be expensive and, in most cases, you're not likely to be able to run a newer app on an older phone because of operating system and processing limitations. Luckily for us, this issue can be avoided by turning to the world of emulators. In this context, emulators refer to smaller apps that can mirror the behaviour of older gaming consoles. By running these apps, it can be possible to gain access to thousands of classic games on older iPhones, which run flawlessly and still hold up to modern standards of fun. What you can play here will depend on your iPhone model, with systems newer than the PlayStation 1/Nintendo 64 unlikely to run well. In almost all instances, the likes of the SNES emulator Delta, MAME32 or GBA emulator GBA4iOS will work smoothly, giving you a go-to handheld when out and about or playing at home.

Running music on iPhones doesn’t use a lot of battery by itself. What complicates this matter is how we use our main devices for much more than music, which can leave us hesitant to add the minimal drain of music onto the larger drains of regular use. By using an older iPhone as a dedicated music player, we can bypass these concerns, giving us a stylish, all-day, dedicated solution for our tunes.

Whether at university or working, there are many tools that iPhones can replace. Most commonly reflected by the likes of math software, levels, alarms, and secure file-transfer systems, the potential uses here are incredibly widespread. Plus, if you work in a rough environment that might risk phone breakage, throwing out an older device is much easier to accept than losing something new that's also closely linked to the rest of your life.

These ideas only scratch the surface of what older devices can do, but they should at least give you some indication of what can be accomplished with a little imagination. Rather than letting your old phone sit in the draw of discarded goods, consider giving it another lease on life, and you might be surprised at how much use and enjoyment it can bring.