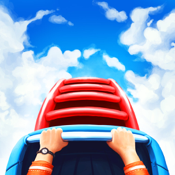 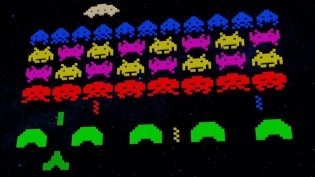 While some of the biggest mobile app developers in the world, such as Rovio and Tencent, are continuing to pour billions into the creation of cutting-edge mobile games that can compete with console games, others are realizing that sometimes, simplicity sells. One of the most noticeable trends in the mobile gaming app market in recent months has been the proliferation of old-school retro games, often based on some of the favorite classic console games we played back in the day. Rather than attempting to develop new mobile games that have top-notch graphics and vast open worlds, the teams behind some of the most popular games right now have realized that the nostalgia factor is more than enough to draw in customers. Let's take a closer look at this trend by diving into some of the hottest retro games for mobile right now.

Atari's iconic Rollercoaster Tycoon series has evolved from best-selling game to cult classic, which helps explain why the franchise's first foray into the world of mobile gaming has been so successful. Rather than attempting to incorporate the elements of the later Tycoon games, Atari kept things simple with this one, opting to recreate the original 1999 game, pixel by pixel. This is clearly a gift to the fanatic and extensive fanbase of this game series, with the whole thing feeling like one massive nostalgia-fest.

Few things illustrate the resurgence of retro gaming better than the fact that Tetris is one of the best-selling smartphone apps of all-time, a full 36 years after the first-ever Tetris game was released. The beauty of this game is found in its stunning simplicity. Even today, there are not many things in the world of gaming that feel more satisfying than the feeling of completing a line in Tetris. There are many versions of the game floating around in the app market, but the best-selling and truest to the original version is the free-to-play app offered by Electronic Arts.

If you miss the simpler times of firing up a round of blackjack or solitaire on your Windows 95 computer, there are plenty of casino gaming apps that have you covered. The surging popularity of real-money online card games on mobile is evidence that our love for some of the oldest games around has not faded. These days, a wide range of high-tech online platforms offer all of the classic slot, poker, roulette, and blackjack games that we have enjoyed for decades. Of course, many of the most popular sites today offer distinctly modern features, such as bonuses and sweepstakes betting - there is more info at Legalbetting, a comprehensive review site for online casino gaming today.

Unhinged, unpredictable, and totally unbothered. Those are the three words that perhaps best summarize the madness that is Crazy Taxi, Sega's classic driving game about San Francisco's worst cabbie. After considerable demand from the large fanbase that Crazy Taxi enjoys two decades after its release, Sega decided to drop a free smartphone version of the game that is identical to the original Dreamcast version. Nostalgia-lovers will be pleased to know that the original soundtrack, which features songs from Bad Religion and The Offspring, remains intact.

Rockstar's GTA empire is undoubtedly one of video gaming's greatest success stories, but no other title has had such an enduring influence on popular culture that Grand Theft Auto: San Andreas. If you're wishing to step back into the shoes of CJ and take control of Los Santos all over again, then all you need to do is download the San Andreas smartphone app, which functions as a stunningly faithful recreation of the original PlayStation 2 game. This one is a little more expensive, charging $7 for the standalone game, but with over 50 hours of gameplay, it's certainly worth it.

These are the hottest retro games available on mobile right now. Give them a spin if you're in the mood to step back in time.