Brand New Smartphones - Are They Necessary? 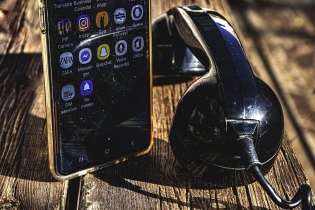 Isn't it funny how society has evolved these days? Around a decade ago you wouldn't necessarily find many people walking around with a smartphone in their hand. You would only really see this with high-flying business people or those who had money, but how things have changed! With companies like Samsung and Apple constantly bringing new smartphones to market and more than two million apps available in the App Store we understand why 87% of mobile users spend their time on various apps. In average people install between 60-90 apps on their smartphone. With this many apps, you probably need a really good, new smartphone, or maybe not? Is each upgrade of the most popular smartphones necessary? Are they much better than the previous versions? Do they really have that many more features that justify the huge prices? We've looked at this in detail, and delivered our findings below.

As you may remember, the company that made the first transition towards smartphones was BlackBerry. BlackBerry brought to market some of the first phones that enabled instant communication via WhatsApp, as well as internet access from your phone. However, when Apple came out with the first iPhone, BlackBerry died a rather rapid death concerning the market share.

Since then, companies like Apple, Huawei, and Samsung have absolutely swamped the market, and the competition is heating up every single year. They are fighting for market share each and every day, and it would seem that their research and development teams are working around the clock to develop improved features for each of their phones

Smartphones, especially those towards the top end of the market have become insanely expensive. Take the Apple iPhone 11 Pro for example - the starting price is around $1,000, which is quite a lot of money to spend on a phone. Then if you look at the other industry giant, Samsung, the latest model starts at $899. Yes, the camera quality and storage space is very good for these phones, but does it really justify this kind of price tag?

We can remember back in the day when the first iPhone hit the market, and it carried a price tag of $499. Of course, the specs have become better since then and you have to consider inflation, but that’s a 100% jump in cost in just over a decade! This brings us nicely onto our next point - have the features really changed that much?

Nowadays these phones are slick and very easy on the eye, and the quality of other aspects such as the camera and sound quality is excellent. Smartphones have evolved to such a point where you can enjoy apps for a whole bunch of things including mobile casino apps, GPS tracking, social media activity, video streaming, and so much more.

These are things that you simply weren't able to do on the very first smartphone versions, but then again, do you really need to spend $1,000 to enjoy these sorts of features? Sure the functionality and performance of these features are better on the most recent versions, but that doesn't mean that they don't also work on previous smartphone models.

This is one of the major factors that we wanted to address in this article, for there is something that we all kind of know, but many of us do not want to believe when it comes to smartphones. These companies make their money from repeat purchases, so can we really believe that even the most advanced models have been built to last for years? In our experience, a standard Apple iPhone will work really well for 18 months to two years before you can start experiencing problems.

Problems such as battery life decreasing rapidly, charging port issues, and even screen clarity can change if you use a phone longer than the stated time. So with that being the case, we had to wonder, is it really worth spending this amount of money on a phone that you will need to replace in 18 months - 2 years?

There is a better (and cheaper) way to enjoy smartphones without needing to invest considerable amounts of money. There are many stores out there that sell ‘certified refurbished’ smartphones at a fraction of the cost of new smartphones. We have found that when an iPhone has been refurbished, it tends to function just as well as if you bought the phone new.

There's another step that you can also take, and that is to get a refurbished smartphone model that is a few steps behind the most recent one. For example, you could snap up a refurbished iPhone 7 right now for around 25% of the price of the iPhone 11 Pro -  and the features are not enormously different! It’s definitely something to think about if you want to save some money, especially with the world being the way it is right now!