The iOS app development industry is a highly competitive and ever-expanding industry. Just to put things in perspective, as of today, there are 1 billion Apple products presently in use all over the world. If you are looking to develop an iOS app for your business, then the bar is quite high because you need to be one in a billion. The first step in iOS app development is selecting the right programming language. This blog will give you an overview of the best programming language for iOS App Development

Whenever you need to create an app for a Windows device or a device that uses the Android operating system, then the most fitting option is C++. It is an extension of the C programming language and was used extensively, even before smartphones were on the market. C++ is known as a reliable programming language and includes facilities for low-level memory manipulation. One of the key strengths of C++ is its use in software infrastructure as well as resource-constrained applications. This programming language is considered a dependable choice, mainly because it can be used with all major operating systems.

If we were to consider technicalities, then HTML5 would not be on this list primarily because it is not exactly a programming language. HTML5 is actually a markup language that plays a key role in structuring and presenting content on the internet. It is notable because it is the last major version of the HyperText Markup Language (HTML). This markup language is especially useful when you need to build an app that is paired with JavaScript or some other programming language. Given the fact that HTML5 is supported by most internet browsers, it does come in handy for app iOS app development. 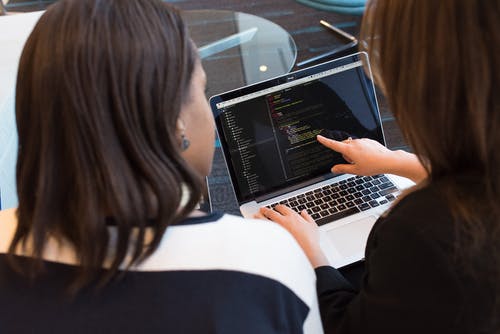 Regardless of whether you are writing software for phones, desktops or servers, Swift is a popular choice for many programmers. The beauty of Swift is that it is a safe, fast, and interactive programming language that is gaining popularity among iOS app developers because of its efficient performance. Since it uses open-source software, the Swift programming language is the preferred choice for general-purpose programming. Swift was actually designed as an alternative to Objective-C language but does retain key Objective-C concepts, including protocols and categories. Swift is good for new developers and programmers because it allows you to experiment with software code and see the app results immediately.

Even if you are not a programmer or if you have nothing to do with iOS app development, you definitely must have heard of Java. Java is a class-based, object-oriented programming language that was first developed in 1995. Java uses the same syntax as C and C++ and is seed as one of the easiest programming languages to update software. Many programmers say that Java is especially useful when you need to recycle some older code. Considering its unique simplicity, you can learn Java in a couple of days, even if you do not have any background in programming languages.

As one of the oldest programming languages in use today, Python the go-to choice for novice programmers mainly because it is easy to read. It is a high-level, general-purpose programming language that can be used to develop a variety of web apps or network servers. The best thing about the Python programming language is that it supports multiple programming paradigms and allows you to create logical code for small and large-scale projects. If you are in the position where you need to develop desktop and mobile apps from scratch, then Python is your number one choice.

Visit this app development website for more information about the best programming languages to use.