How Do You Play Sudoku? A Beginner's Guide to the Most Popular Game of The 2000s 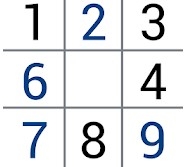 Sudoku has been a popular paper-pen puzzle since the beginning. But a lot of us might have managed to avoid this game somehow, thinking it’s all math and difficult. Now that you have some time on your hands, why not try it out. It's fun, no-math, and relatable. If you're an absolute beginner, this article is for you! It covers the very basics of playing Sudoku free and easy. But before getting into the details, let's get one thing straight - Sudoku is all logic. You certainly use numerical digits on the grid, but those are just symbols that are to be employed strategically for getting the solution. Using numbers 1 through 9 is a lot easier than shapes or alphabets. Sudoku doesn't require guesswork or calculations – you've to just work out the logic behind placing these digits on the grid.

So, let's get right into the tips for playing this popular 90s and 2000s game:

On a 9x9 standard grid, there are nine rows and nine columns. At the intersection of each row and column are smaller squares called cells. This grid contains 81 cells, which are further classified into nine 3x3 sub-grids or blocks, each having nine cells. Rank are the top, middle and bottom horizontal blocks and stack are the three vertical blocks on the left, right, and center. Your aim is to fill the numbers 1 through 9 in each row, column, and block. Each digit must appear only once - no repetitions. You start with a grid that's partially filled. Easy puzzles have more digits, and the harder ones have fewer numbers. 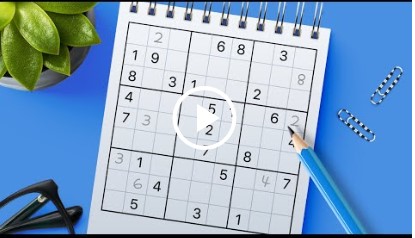 You must begin marking the possible solutions, the more obvious ones to give you a clear picture of the grid. Eliminate the digits that can certainly be ruled out. If there's a seven on a particular cell, you can rule out this digit in its row, column, and block. Always look for clues. If a particular number frequently appears on the grid, check where else it can be placed or marked off from. Try these basic techniques, and you'll be down with your first beginner-level Sudoku free puzzle.

Here's where you can start – get your smartphone, open the Play Store or App Store, and find a Sudoku app on the list. If you cannot pick the best one, try playing the Sudoku Free Puzzle by Easybrain, which you can certainly find on the top 5 listed apps. Install the app, and a new puzzle will be available for you each day at both beginner and pro levels.

Of course, you can pick up any newspaper that features Sudoku on their puzzle page, but smartphone apps are more intuitive and engaging. So download the app right away, and you'll totally fall in love with it.