The future of gaming and predictions for the next decade 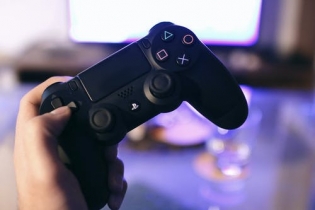 Every decade the gaming industry tends to take significant steps forward in a way that delights and surprises the audience, particularly gamers.

The 70s were all about the arcade fuss. The 80s brought us the first 8-bit home consoles like Nintendo, which succeeded by 64-bit consoles in the 90s. The early 2000s brought us online gaming and an era of 4G games with high dynamic range and other advanced features. Today, there all kinds of different gaming scenes divided into different niche markets. For example, the last 5 years the casino gaming industry has improved its market presence, expanding in the online space and offering a completely different experience compared to the traditional land-based gaming. Players have a chance to opt-in and play from the comfort of their home, exploring over hundreds of different gaming themes inspired from movies, comics, music, sports and adventure. Talking about different themes and gameplay, read this Gorilla Gold Megaways review, an online slot game that is highly popular among the casino gaming enthusiasts because of its features and bonus offers.

With all this in mind, and considering how far gaming has come in the last ten years, we’re wondering what do the next ten have in plan for us?

The generation of console gaming

For the last decade, home console gaming was a concept that characterised the typical generation of gamers. Part of this had to do with the fact that many gamers had to pick one system (Xbox, PlayStation, etc.) and stick with it. As consoles cost hundreds of dollars at the time of release, few people could afford multiple units. This means that whatever you initially chose, was probably what you were going to use for the next few years. Many people have made a decision based on what their friends were using so they could play multiplayer games.

On the other hand, a recent study shows different insights. Namely, nearly 90% of the total revenue generated by the video gaming industry came not from the consoles, but from the games, people played on them. This is important to be emphasized for a few different reasons. Gone are the days when you could only play games made for PlayStation or an Xbox respectively. Thanks to the Internet and the evolution of 5G, cross-platform multiplayer gaming will become even more popular. There was a time when you couldn’t go online and play “Call of Duty” against a PlayStation4 rival, but those days are far behind today. 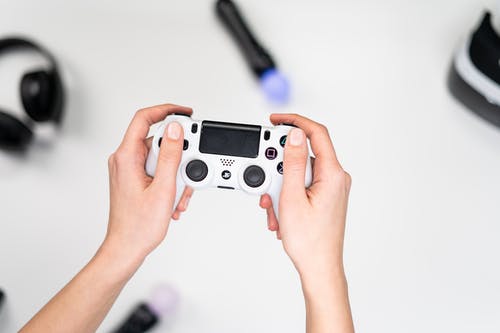 Gaming on the go – Mobile Gaming

Speaking of the end of console rivalry or best known as console wars, it may come a day when consoles become a thing of the past, and stats prove that we are heading to that direction. Nearly 70% of all generation X gamers prefer to play their favourite games on the go, from their smartphones and tablets. Based on that, it should not come as a surprise that mobile makes up over 50% of the total gaming market worldwide. When you consider how technologically advanced modern-day smartphones are, things become much clear. For example, the iPhone from Apple is now more powerful than the computers NASA used to send astronauts to the moon in the 1960s. Internet connection gets faster, and we see services that allow you to stream games to your smartphone device.

Another important trend to pay attention to in terms of the future of gamins is the idea of the “average gamer”. Back in the late 80s and early 90s, a typical video game player was a young, nerdy and introvert kid. Fast forward to today, nearly 60% of American adults have played or actively play video games – a trend that shows no signs of slowing down anytime soon. Because of this, over the next 10 years, we’ll finally hit the point where nearly anyone could fit in the profile of gamer, regardless of their age, gender or other demographic factors.

In the end, probably the most important statistic concerning the next decade of gaming is that as soon as we enter in 2021, there will be close to 2.8 billion gamers worldwide. The industry will continue to grow and evolve, and the infrastructure that we’ll discuss in 2030 probably won’t resemble anything close to the current conditions. When you realise just how far the industry has come since 2010 and how much creativity has arisen as a result, it’s clear that this market is big and is here to make drastic changes in the business industry.