Hidden Dangers of Public WiFi And How to Avoid Them 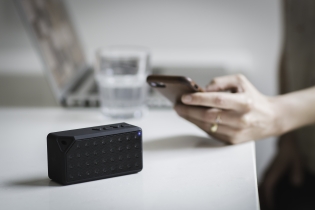 During the last five to ten years, free public WiFi became a regular thing that’s available almost anywhere. Restaurants, airports, hotels, banks, retail outlets, and even some parks now offer open or limited public WiFi free of charge. That’s great for working people who can keep working on the go no matter where they are since a network connection is never far away. But it does come with some privacy and security issues that many people tend to forget about. Being able to connect to the web for free isn’t just an advantage for professionals or mall-goers, it’s an attractive target for hackers. Need to know why? Take a quick look at the hidden dangers of public WiFi and how anyone can avoid them with a few simple cautionary steps.

Why is Public WiFi Dangerous?

The primary purpose of a free WiFi hotspot is to make it easy for anyone to connect to the network and get on the internet. But it is that exact quality that makes it dangerous. Public WiFi doesn’t have the same security measures in place that a home or workplace connection does. There’s no authentication process and software to protect connected users from being exploited by each other or rogue outsiders. For hackers, it means unrestricted access to any devices on the network that aren’t secured by any other means.

How Does It Work?

There are three main ways how hackers can target their victims via public WiFi, each as insidious as the next:

Man in the Middle Attack

Since a public WiFi connection is unsecured, hackers can put themselves between a user and the hotspot using a man in the middle attack. Because of their new position, everything a person does online goes through the hacker first before they send it on to the hotspot connection. Any data intercepted by a hacker can be available in plain text (with some exceptions), which means they can steal anything from login details to credit card credentials. Best of all, they can do it without their target noticing.

Hackers don’t need to be part of the network connection equation at all for them to target unsuspecting victims. If a device allows file-sharing across a network (most of them do by default), hackers can send malware directly to them. Whether they’re planting infected software or hacking the connection point to make pop-ups appear, the result is the same.

Seeing as how commonplace free public WiFi has become, it isn’t strange to connect to the first available open hotspot in a public area. Hackers have taken advantage of that habit by creating their own WiFi hotspots that resemble the real ones. While people connect and go on with their business, these criminals harvest all their data in the background.

But Does it Affect Everyone?

After hearing about all the threats people expose themselves to while using public WiFi, some may be wondering: is this really relevant to everyone? Yes. Hackers can swoop down at any time, anywhere. Not even fancy hotels are safe from the occasional hacker.

Besides, why take the chance at all? Instead of letting fate decide, take some steps to stay protected when connecting to open networks and avoid the risks of public WiFi.

How to Avoid the Dangers of Public WiFi

Here are some important things to consider and steps everyone should take before connecting to a public WiFi hotspot:

While WiFi connections are still considered insecure and dangerous, they have come a long way. Many companies employ new policies to make sure their customers are protected. That said, hacking attempts are nonetheless a threat for those who connect to open hotspots.

But with some precautions and good security habits, anyone can use a public WiFi connection without having to worry about it too much.