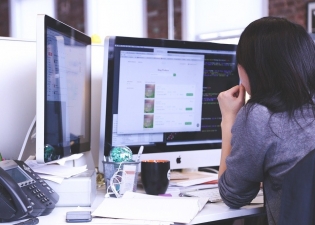 Node.js is a framework from JavaScript which is an event-specific and non-blocking I/O model. The reason why Node.js has made a significant place for itself is because of its programming which can easily subtract the error-prone concurrent programming issues associated with I/O. This makes it simple and easy to use while not taking away the option of creating complex applications.

There are a lot of positives related to Node.js as a programming tool. And being a part of JavaScript, which is the most common programming language used by most developers, Node has some advantages that will ensure anyone with Node.js knowledge to gain that extra push towards securing their dream job. If that doesn't encourage you to take up Node.js training, remember that companies like Netflix, Uber, PayPal, and eBay have started using Node.js for themselves. Following are some of the points to consider when deciding on pursuing Node.js training-

Node.js is simple to learn.

Almost anyone who is serious about programming and app development knows JavaScript. Having that knowledge along with Object-Oriented Programming basics, learning Node.js will be easy.

The only part which might be difficult is understanding the client-server model and grasping Node's asynchronous flow. But there are several training camps and tutorials that will help anyone having any difficulty with Node.js.

Node.js is flexible to use.

Node.js is the only framework that allows one to write JavaScript on the server. Gone are the days when different languages were used for back-end and front-end configuration which usually led to confusion and tension among a team. Unless, a team has among them an exceptionally good polyglot developer, the overall performance of the team is restricted by the core skills available to the team. Thus, knowing Node.js will enable a team to perform at a collective level and at an individual level and it is understood that knowing Node.js will make anyone an asset to a company making him or her indispensable.

Two of the winning features of Node.js include its asynchronous- driven architecture and the V8 JavaScript engine. By asynchronous architecture, it means that it does not depend on blocked I/O, which processes requests sequentially.

Node's asynchronous architecture is used by Google for its in-browser products like Gmail because it 'withholds' requests that cannot be completed while processing other requests, leading to almost no lag in usage. This also allows developers to make complex applications without slowing them down.

There are versatile uses for Node.js, beyond web development.

Node.js is built for microservices.

Now, a lot of people might be skeptical about the popularity of microservices, but one thing is for sure, is that it is more agile and flexible over the monolith architecture style. This further supports the idea that one should get Node.js training since it can be used for developments in this area. Node.js encourages developers to develop in a focused and moduled manner, in the sense that specific models are used for developing specific applications.

Not to mention, that it is very easy to package and publish modules using npm (node package manager).

Node.js has a vibrant community.

Being a popular framework from JavaScript, it is not surprising that Node.js community will be vibrant and constantly growing. This community of professionals and developers constantly interact with each other to create the best seamless platform for developers. Any problem and troubleshooting are immediately addressed while multiple tools and instruments are constantly added to accelerate the speed of development.

NPM (Node Package Manager) is also the fastest and largest software registry in the world with modules for almost anything in the NPM ecosystem.

It has never been easier to bring one's ideas to life and present it to the market. Now anyone with innovative ideas can dare to dream about bringing them to fruition. But finding success is another matter altogether. The secret to success lies in finding the right programming platform and the right technology stack. Node.js is ideal for start-ups for this reason. It is simple to use and yields faster results. It has high scalability, which means that start-ups can make lightweight and swift systems that can be upgraded as and when required. Node allows developers to add multiple modules to the existing ones without any lag in the system.

Having knowledge of a technology that most of the giant corporations are using can only mean that, you have varied opportunities for anyone with such knowledge. Node.js is increasingly being used by some of the well-known companies like Netflix, Uber, PayPal, and even Google. Having such a wide reach means that anyone with Node training can hope to get placed at one such company and automatically get better pay.

Node.js is scalable and fast which makes it the perfect choice for real-time, data-intensive applications. It turned JavaScript into a full-stack technology for web development. Recently, the technology found its way in enterprise-level software. Many global organizations like NASA and Capital One have already started using Node.js. So, getting a Node.js certification will be the right step for your career.

Staying ahead of the times is one of the essential features of any developer who wants to make a career out of this sector. That means having knowledge and access to the latest technological advancements that are on offer. Node.js has become one such tool that has become imperative for developers to learn and those who decide not to learn it will only find themselves lost and irrelevant in the future.