HTML5 vs Native Apps: Which Option Is Better? 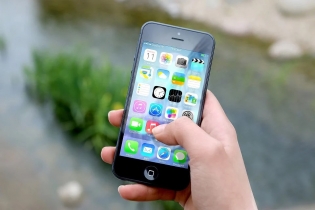 The growth in the number of programmers, HTML5 enthusiasts and content creators is nothing short of phenomenal. However, very few people fully understand the untapped potential or HTML5’s write once, run everywhere capabilities. At the same time, native apps also have loads of benefits that HTML5 can’t deliver. Once you install a native app on your mobile devices, it can even run without internet connectivity.

Compared with native apps that need different code for each operating system, HTML5 mobile apps can be developed once and run perfectly on several platforms. As such, the HTML5 approach can be significantly less expensive, especially for start-ups. Even some renowned companies, such as Burberry, have taken advantage of the HTML5 technology convenience to launch a mobile app based on a new watch.

But before we delve deeper into the pros and cons of using each approach, let’s take a step back and try to understand the difference between native and HTML5 apps.

Native apps are usually developed using the native language of particular operating systems. For example, iOS runs on Swift or Objective C and, therefore, requires mobile apps to be written in these languages. Android, on the other hand, works with Kotlin or Java. Each operating system has a set of tools that native app developers can use to create and submit the app into stores. After that, users can install the app after downloading from the respective app stores.

Mobile web apps usually use HTML5 code such as CSS, HTML, and Javascript. Users can access these apps using mobile web browsers like Safari, Chrome, and Firefox. As such, there’s no need to download anything from the app stores. HTML5 web apps are also written using a responsive design method, which allows them to scale according to different screen sizes and resolutions.

HTML5 apps also usually multitask and provide extra services that may be awkward to offer on a native app. For example, some sports betting apps double as blogs and tipster services that provide betting tips, such as bet.xyz. When updates are required, the development team works on the single app, tests it, and makes it available for all devices immediately. Which is the Better Option?

On the other hand, native apps allow customers to access more features and create a better brand image for a business. While developing different apps for multiple devices and operating systems can be expensive and time-consuming, it does provide better results. As some features are contained within the app, native apps have faster load times and more robust performance both online and offline, compared to web apps. Native apps are also considered to have better security than their HTML5 cousins.

From the customer’s perspective, using HTML5 apps is less of a hassle, as they don’t have to download anything. Most mobile web browsers allow users to add shortcuts on the home screen, which allows one-touch access to the web app. Also, downloading a native app only makes sense if you're going to use it a lot. The app needs to be one of a kind—for example, a user would rather download the native Gmail app if it's the only email service they use. They would, however, rather use online casino web apps when they have accounts with several casinos. Updates are another cause for concern. Native app users are inundated with update requests when they could have logged in to an updated web app whenever an organisation spruces up their product.

Overall, if a company has the time and budget to develop native apps and wants to provide an immersive service, native apps would be their best bet. The same applies if they want to provide special features that incorporate onboard sensors like GPS and accelerometers. For most new businesses that are working with pressing deadlines or where the app isn’t the company’s primary revenue generator, HTML5 is a better option. Whichever approach a company goes with, they just need to consider their customers’ specific needs.