3 Best VPNs for iPhone & iPad to Unblock US Streaming Sites 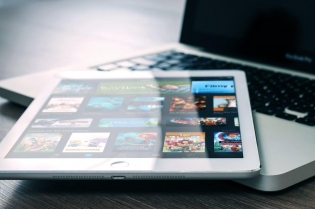 Looking for the best VPN app to watch geo-blocked US shows and movies on your mobile Apple device? You have come to the right place.

The US streaming landscape boasts some big-name players. There is Netflix, Hulu, HBO, YouTube TV, Amazon Prime, Sling TV, CBS All Access, Showtime, Disney+… the list just goes on. Interestingly enough, it has even got the local versions of international streaming sites that are not “made in America” but are massively popular in their home countries nevertheless.

Anyone would envy such an impressive inventory. They would be tempted to get their hands on it. Alas, if only it was that easy!

Most of the US-based SVOD services are geo-blocked to the USA. You can’t officially watch them without a US IP address. That’s shit, we know right?

But does that mean you can’t watch them at all? Of course, not!

Thanks to modern technology, we now have VPNs that switch your online location to the United States at just a click of a button and get you access to any local streaming site you may want to binge.

Heck it, they even bring them right to your iPhone and iPad so that you can watch your favorite American shows and movies on the go or while lying upside down on the couch. It’s okay to be lazy sometimes☺.

So what are some of the best iOS VPN apps to unblock US-only content? Check out this list of three:

ExpressVPN operates from the British Virgin Islands. It has 3000+ servers in 94 countries, of which, three-hundred are based in the US. You get fast and stable connections for streaming and excellent support for Apple devices.

To set-up ExpressVPN on your iPhone or iPad, simply install the iOS-dedicated app from the Apple App Store. Alternatively, you can configure ExpressVPN on your home router and connect your mobile device to it. While the latter is a great way to secure multiple devices—including Apple TV—at once, it doesn’t work if you’re traveling.

Which US streaming sites can you access with ExpressVPN?

Want to access Netflix and HBO Max at the same time?

ExpressVPN lets you connect up to five devices on a single account. That way, you can stream your favorite HBO movie in your room, while your kids can watch their favorite cartoon series on Netflix downstairs.

How much does ExpressVPN cost?

Like ExpressVPN, Surfshark is also based in the British Virgin Islands. It maintains 1700+ servers in 63 countries, including more than 500 servers in the US. All servers are RAM-operated, which is excellent from a privacy standpoint.

Surfshark is compatible with a wide range of devices, including the iPhone and iPad. It has a dedicated iOS app that you can download from the Apple App Store or its official website. With the former, you get a 7-day free trial to test the functions and features before making a purchase. Just keep check of the one-week deadline to avoid getting charged.

Which US-based SVOD services can you watch with Surfshark?

Surfshark brings its A-game to the streaming front. It unblocks a number of websites. These include US Netflix, HBO Max, HBO Now, Hulu, YouTube TV, Disney+, and more. While it’s not as stable or fast as ExpressVPN, it is a solid fix to get your favorite US shows and movies anywhere in the world.

You can connect an unlimited number of streaming devices to your single Surfshark account.

How much does Surfshark cost?

Surfshark is one of the cheapest VPNs on the market. Prices start from just $2.49 per month and go all the way up to $12.95 per month for a 1-month plan. All plans come with a hassle-free 30-day money-back guarantee.

PureVPN hails from the jurisdiction of Hong Kong, a safe haven for VPN companies. It has 2000+ servers in 140 countries, including 490 servers in the US. Most of these are physical servers, meaning you get fast and reliable connections when streaming. The virtual servers are marked as ‘V’.

PureVPN makes clients for a wide variety of devices, including the iPhone and iPad. You can download the app from the Apple App Store. Want to secure multiple Apple devices at once? Simply set up PureVPN on your home router. However, make sure you’re using a supported router model. You can read more about it here.

Which US streaming sites can you access with PureVPN?

PureVPN is a streaming-friendly VPN service. It offers a full-fledged streaming mode, which allows you to access sites like American Netflix, HBO Now, HBO Max, Amazon Prime, Hulu, CBS, etc. You can also watch YouTube TV by using a dedicated US IP address.

PureVPN lets you connect up to ten devices simultaneously.

How much does PureVPN cost?

So what say? Ready to watch your favorite US shows and movies on your mobile Apple device?