The Trials and Tribulations of Zynga 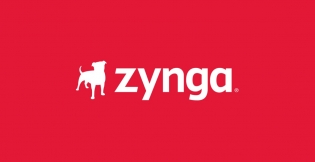 The name Zynga ring a bell? That’s because they’re superstars in the social gaming world. Remember FarmVille? Zynga Poker? Words With Friends? Yep, that’s Zynga behind those huge games. From their high heights of launching the very first Facebook game to reach 10 million daily active users and going public on the NASDAQ, to slumps in users and revenue just a few short years later, Zynga has been through a lot.

Let’s shine a light on key events across their 13-year timeline.

Zynga was born in 2007, the brainchild of Mark Pincus, a start-up entrepreneur who saw promise in reinventing old favourite games like Risk, Boggle, and Poker, and setting them free to be played on social networking sites. When Facebook released an API for developing apps on the platform in 2007, Pincus saw an opportunity.

The casual gaming market was ripe, and everyone was excited about doing new things on Facebook. By the end of 2009, Zynga was hitting $100 million in revenue.

However, these revenues weren’t exactly, perhaps, socially acceptable. A morality clause was missing.

Where’s the money coming from?

Zynga’s revenue model is one that we’ve come to be very familiar with over the past decade or so: free to play games, but with revenues made from real money paid for in-game money. Various different free-play methods help to collect in-game money. These include tasks like opening the game every day, recommending the game to friends, and - in the case of Zynga - some more dodgy methods too.

As early as November of 2019, Pincus admitted that revenues were driven by scammy-type behaviours:

“I mean we gave our users poker chips if they downloaded this zwinky toolbar which was like, I don’t know, I downloaded it once and couldn’t get rid of it. *laughs* We did anything possible just to just get revenues so that we could grow and be a real business.”

Heading on to high heights

Despite this less-than-stellar introduction to the world, Zynga’s profits soared 392% in 2010 (the year they released FarmVille), leading to an IPO filing in July 2011.

In 2012, they applied for a real money gambling license in Nevada. However, this was abandoned within a year. It seemed real money gambling was an avenue they were not going to pursue. Was this a good idea? Even though they are a world leader in social slots, they are still worlds away from conquering the real money versions that will slowly eat into Zynga's market.

By the end of 2012, stocks had plummeted: a move away from Facebook, plus the world of casual gaming increasing shifting to mobile, hit the company hard. Layoffs abounded and working hours increased. In the start of 2013, Pincus thought it would be hilarious to send in a bunch of clowns as a prank to lighten up the offices. It didn’t go over so well.

“We quickly found out the clowns were extremely disruptive to our work … Three days! Even with complaints ... He means well, but just doesn’t realize the downstream effects of his decisions.”

The company made a few acquisitions that turned out to be flops. Executives were exiting the company in droves.

As you may well know, a boss out of touch with the market space, customers, shareholders, and employees is a recipe bound for disaster.

A change to save the company

On the downswing, it was clear that Zynga needed a serious change to have a chance at turning their fortunes around. A new CEO was appointed, with Pincus stepping down. However it wasn’t quite the right fit. Failed office openings and shedding users meant another CEO was on board by early 2016 - Frank Gibeau. Gibeau was a clever choice - his previous role was as head of mobile for Electronic Arts.

A year later and the company was starting to see a turnaround.

3 years later and Gibreau is still heading up Zynga, with fortunes bouncing back - ish. Revenue is up to a record high of $503 million in the third quarter (buoyed no doubt, by pandemic-related gameplay skyrocketing), however, the company also reports a net loss of $122 million. There are mergers and acquisitions on the table with promise. A new Star Wars game in the works.

Zynga didn’t get lucky. It was a scrappy company that clawed its way to the top, faltered, then managed to finally find its way. With Gibreau at the helm, it has managed to become a solid business, rather than simply an overpriced startup. And its fortunes may very well continue to rise with the right strategies in place.