What are the Main Security Issues with Web Apps and Mobile Apps? 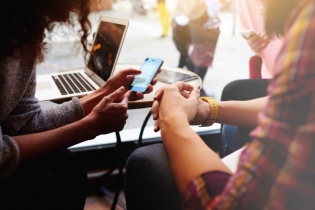 A Quick Look at Statistics

Is your mobile/web application secure? Unfortunately, that’s a question that most users don’t really ask themselves. By 2020, the number of people that actively use mobile banking went over two billion! Account management, business solutions, messaging, shopping – it’s all done through mobile apps these days. And, more than 70 percent of fraud transactions came from mobile applications/browsers. Web apps are also a big target.

Therefore, being aware of the biggest issues and staying away from shady apps should always be a priority. Now, while we could, of course, talk about Norton antivirus pros and cons, or the benefits/downsides of any other security suite. It is an important topic for the security of any user. However, that’s not what we’ll be focusing on.

Instead, we’ll take a close look at the most common (and notorious) threats for modern-day mobile and web apps and discuss the best ways to avoid them.

Mobile devices are tools used by people every day, and they can be a source for cybersecurity threats. There are data leakage, malware, and cryptography, and they are the most significant ones in modern times. The main reason for such occurrences is that there is a need for data by numerous hackers due to its value.

Did you know that unintentional data leakage is one of the most significant security issues today? We’re talking about situations when users grant suspicious/potentially dangerous apps access to OS settings and broad permissions without checking them first. Mostly, this happens with free apps. Yes, they can be downloaded from official, legit online stores, but they’ll still gather personal information for advertisers.

The users, of course, aren’t notified of this, and sometimes, sensitive data ends up in the hands of cybercriminals.

So, how do you avoid the threat of Mobile Apps? The easiest and most effective way is to limit every single app on your phone. Only give them permission/access necessary for the applications to work flawlessly. And if an app requests access to system files, the web camera, or anything else, don’t hesitate to block or even delete it.

The term “malicious app” is used to describe software that’s infected with malware. The second it is downloaded and installed, the viruses spread across the OS. These apps do their best to look legit and secure. Thankfully, there are some tried-and-true techniques for detecting them. First of all, don’t ever download anything from shady non-official stores.

Moving on to the official stores (like the App Store or Google Play), pay extra attention to the developer. If it’s a no-name team, chances are you’re dealing with malware; so, stay clear of it. As far as the most effective mobile app security solutions go, this one’s right there is a safe bet. By the way, statistically, the App Store is more reliable in this regard than Google Play.

What can you do? We can’t stress it enough: to protect your phone and personal data, only download applications from trusted stores. Plus, it would be best if the developer is a big, known brand.

We recommend Googling the developer to learn more about the team. If you can’t find anything on the Internet, check the comments section on the online store. And if that doesn’t convince you that the app won’t be infected with malware, just skip it.

This usually happens when mobile app developers don’t use brick-strong encryption methods/algorithms or simply fail to implement market-leading encryption protocols properly. Why does this happen? In the first scenario, it all comes down to deadlines. While the developers do know how to secure an app, they resort to tried-and-true, easy-to-use encryption patterns to finish production in time.

That leaves apps vulnerable to potential attacks by cybercriminals. In the second case, developers only use the most secure algorithms but, again, don’t have enough time to patch everything up. Hackers can also exploit the resulting flaws and so-called back doors. Updates mostly fix these vulnerabilities, but before the patches roll in, the users will be in danger.

What can you do? Not much, really: it’s up to the programmers and security experts to make sure their apps are well-protected. It’s pretty much impossible for a regular user to check whether the application was properly secured or not.

Application security doesn’t only concern mobile apps, of course. That’s why it’s essential to know about web app security issues as well to be prepared. Mainly, this concerns business owners, as they’re the ones that use web apps regularly and fall victim to hackers. Plus, the criminals target web developers before their products are released.

However, it’s the regular users that are affected by this. Personal, sensitive, and corporate files are continually being stolen because of flaws in security. So, it’s essential to have at least some understanding of what you’re dealing with. Here are the most common and dangerous threats:

If you search for something like “Best mobile security app for Android,” you’ll be greeted with a list of market-leading antivirus solutions. However, even the most capable security product can’t protect you from the mobile and web security issues discussed today. So, don’t rely solely on your antivirus and be conscious about the applications you download, install, and use.