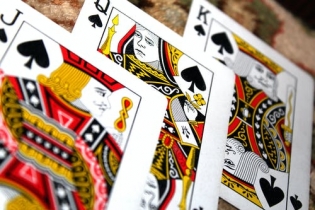 Playing Solitaire online is now the coolest thing when you are bored or have some extra minutes with you. Multiplayer card games can be played by numerous gamers at the same time. What is more, you can always find a Solitaire player on the internet who matches your skill and level. But what Online Games imply? Let’s see next.

It is a card game that anyone can play online or even offline as long as it has been previously downloaded. You can choose the free Solitaire version or opt for the paid variation if you want to be exposed to more game varieties for a greater experience. Usually, such a game is absorbing and can get addictive. On the other hand, playing it benefits one because of its calming nature. It encourages creativity in the gamer and makes one a strategic thinker. As the name says, Solitaire was a game designed originally for a solo player.

What Is History of Solitaire?

Solitaire card games are believed to have started in the 19th Century in the Scandinavian countries before making their debut in Europe and finally the USA. Its original name was Patience and consisted of a 52-card pack that was played solo or in a group of people. Nowadays, this much-loved game is found online and can be played on one’s own or in teams.

What Are Some of Games That Can Be Played by Several Players?

This is a variation of the Visit Spider Solitaire Masters . It has six amazing backgrounds that can be changed on a whim. In addition, you will get to have four choices for the back of the cards. Apparently, the ultimate wish for any player is to win, hence one needs to understand the game rules. The rule of thumb is the fewer the cards that remain, the nearer you are to the win.

This one also goes by the name classic Solitaire Klondike game. The thrill in the game is building and completing the card stack, which can be enjoyed by anyone. By the way, such a game allows you to undo the wrong game you have dealt. This makes it easier to play Solitaire. A secret you might want to have up your sleeve is to use hints to find out your next move and shuffle unopened cards, you will have a better chance of winning.

The newly designed spider game is based on the popular classic Solitaire spider game that challenges your mind and makes you reflect on your next move. The beauty of this game is that it has exciting themes and backgrounds and can easily be played on any device. It is timer supported with undo moves, which makes it friendly and easy to play.

Solitaire card games are amazing games to play with friends and family. There are many of them in the market that can be played competitively by multiple players. Some are free to download whereas others require some payment before downloading and playing. In any case, all these games are engaging. Additionally, they are fun and entertaining. So, if you are considering getting into competitive Solitaire, search no more. Sign up for the games mentioned for a worthy treat!