The best poker apps for iOS 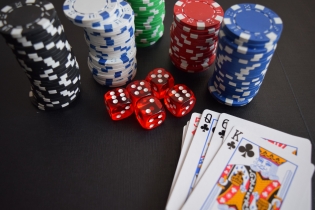 Playing poker on your phone is becoming increasingly popular due to the various poker apps available. Where you used to be able to play poker only on your computer, the possibilities are now endless. Every major online poker room now has a poker app where you can play for real money, but there are also plenty of poker apps where you can play against friends or have other fun features. We went exploring and made a list of the 10 best poker apps currently available. Online poker firms are doing everything in their power to keep out cheaters and scammers.

Governor of Poker 3 is also a nice app for the more advanced poker players. They give you the possibility to multi-tab. This means that you can play on more than one poker table at the same time. In addition, you can choose whether you want a "slow" table, or a "turbo" table. The turbo table is perfect for players who want to move up as fast as possible, while the slow table is great for having fun with your friends.

The World Series Of Poker (WSOP) is the unofficial world championship of poker. The WSOP is the most prestigious tournament in the world and every year thousands of poker players travel to Las Vegas to participate in the World Series of Poker. The WSOP began with just one event, but now has over 70 tournaments played throughout the summer. The winner of the main event with a buy-in of $10,000 is considered the World Champion of Poker.

Fortunately, they have developed a poker app where you don't have to pay $10,000 to participate. The poker app is free and designed by EA (one of the biggest game companies in the world). The poker app has a nice interface and in the beginning they give away a lot of free chips by doing challenges so you never run out of chips. The nice thing about this poker app is that it gives you the feeling of really participating in a WSOP tournament. If you win a tournament in the game, you also win a WSOP bracelet.

There are of course tons of other ways to win nice prices online and one of those ways is easily accessible via your phone or computer. We're talking of course about online casino games. These websites offer you interesting sign up bonuses and have the best casino games in their repertoire. Every type of player can find something they like, whether it's classics like blackjack or roulette, or newer colourful games. You will surely find a way to enjoy yourself from the comfort of your home.

Zynga Poker is originally a Facebook poker game. Through Facebook you could play the game and invite friends, which was a handy feature at the time. You could see exactly which of your friends were playing the game and could then easily invite them to start a game together. In 2015, Zynga Poker got a major update and introduced Jump Poker. Jump Poker is a cash game variant where you don't sit at 1 table, but get into a large player pool and then move from table to table all together. If you fold your hand, you are immediately moved to the next table. This way the game runs a lot faster and you are constantly on the edge of your seat. Zynga Poker also offers numerous other variants. There are sit & go's to play and they have a cooperation with the WPT. You compete in a tournament against other players who have registered and your goal is to win the WPT.