4 of the Best iGaming Software Developers 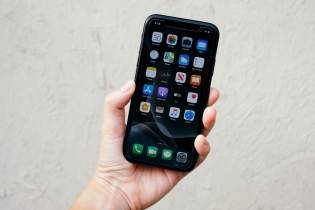 As one of the most consistent growth industries globally, iGaming is bigger than ever. There are now hundreds of online gaming sites, and players all around the world are picking and choosing between a huge range of games.

However, rather than watching the sites themselves, players should always be on the lookout for the software developers hosted on these sites. That's because the vast majority of gaming websites don't actually make their own games. Instead, they rely on software developers to make award-winning games for them.

That's why it's so common to see so many similar games on so many gaming sites! Here are the three best iGaming software developers to follow if you want high-quality games that match playability with fairness.

There's a good chance that you've heard of Microgaming. Even if you haven't, if you've played an online casino game in the last few decades, it was probably designed by Microgaming. They've been developing casino software since the earliest days of the internet and were behind the world's first-ever online casino in 1994!

In 2004, they designed and launched the first-ever mobile casino software and haven't looked back. They've made some people very rich too. It's estimated that players have netted more than $1.2 billion since their launch.

They're also worth following for the fact that they were a founding member of the eCommerce Online Gaming Regulation and Assurance organization. When it comes to fairness and transparency, Microgaming is hard to beat.

Focusing more on mobile games than PC versions, Dragonfish are experts when it comes to both poker and bingo. They are incredibly transparent, too, prioritizing fairness and accessibility when it comes to games like Hold' Em, and they have an active and thriving community of players.

Anybody wanting to learn more about how a casino gaming software works can get more than the basics simply by playing a few Dragonfish games, with the chat features on most of their games always open for friendly discussions. One of the best things about the range of Dragonfish games is their occasionally very high jackpots.

Some of the slots, table games, and live dealer games regularly have jackpots in excess of $1 million, so it's always worth keeping an eye on this fantastic team of software developers.

Launched in 1998, Realtime Gaming is one of the biggest names in iGaming, even if you've never heard of them. They have achieved incredible success based on their exceptional hiring practices, and they have a very obvious passion for the industry.

Focusing largely on the US and the Australian markets, Realtime Gaming is always striving to improve game quality and fairness, and they have certainly carved out a reputable niche. Originally based in Georgia, the team moved bases in 2007 to Costa Rica, where they continue to develop some of the most popular games in the world.

There are some negative aspects of Realtime Gaming, but they are very minor when looking at the brand overall.

Playtech is easily one of the biggest iGaming software providers around and is the largest company of this kind to be traded publicly on the Stock Exchange in London's main market. The iGaming giants were first founded in 1999, meaning that they boast over two decades of experience creating fantastic games for various iterations of the internet.

The company has a huge pool of employees to facilitate its size, boasting around 5,900 different staff members, all located in 19 different countries around the globe. They supply games and software to twenty regulated jurisdictions, making them one software developer that you'll most likely run into if you're a regular iGaming player.

Playtech's software can be fully integrated into various cross-platform offerings, meaning that players have the option of playing online, live-streamed, and server-based iGames through a single user account. Some of their most notable game types include online bingo, numerous casino games, live gaming, sports betting, and fixed-odds games.

Their ability to cater to pretty much every iGaming market has allowed them to become one of the premier and most trusted software developers around, and they're going to be a force in this industry for many years to come yet.

There are plenty of other software developers working in the iGaming industry, but these are the innovative teams that are worth keeping a closer eye on. If you game online, whether it's slots or a bit of Hold' Em, you know that the games from these software developers will always be worth your time.