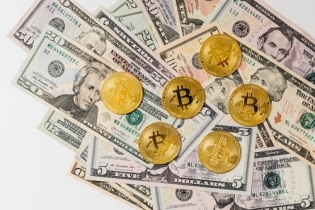 A limited supply of Bitcoin

The most interesting yet unique thing about bitcoin currency is that it has a limited supply. There is a limit of bitcoin that could ever exist in the market, which is 21 million bitcoins. In 2020, there are around 18.5 million bitcoins in circulation, which means it’s around 80% of bitcoins already mined. Crypto analysts often believe that the last bitcoin will be mined till 2140. The reason behind this is the way the miners are rewarded for their hard work. The mining reward is fixed for each block and is set to be reduced by half every four years.

The creator who created bitcoin and blockchain technology is anonymous, so he is known as a mysterious creator. You won't believe it, but yes, no one knows the real identity of bitcoin's creator. Satoshi Nakamoto is the mysterious entity that created bitcoin and even disappeared after one and a half years of creating bitcoin. No one knows him, but the only thing known by the general public is that his bitcoin address has around 980,000 bitcoins. The value of this amount of bitcoin makes him the only richest person in the world.

When bitcoin was invented, people believed that it would get banned or vanished in few months because it was not a government currency. As bitcoin is a decentralized currency, people believed that it wouldn't last long, but bitcoin has changed making payments. The invention of bitcoin has influenced the market and fiat currencies and motivated developers to develop more digital currencies.

Although no one believed that bitcoin would have impressed people across the world and people wholeheartedly accepted bitcoin as a medium of exchange. But there are only a few countries that have banned bitcoin, and not all countries have banned bitcoin. Also, there are few countries that often ask their residents to be attentive while investing or using cryptocurrencies like bitcoin but haven’t passed bitcoin as a legal currency.

You might have heard that protect your private keys from nearly every person that uses bitcoin. A private key is a secret key that acts as a password or PIN used to safeguard your funds. Like a PIN or password must never be shared, a private key must never be shared. If anyone gets access to your private keys, you’ll probably lose all your bitcoins. Studies have been done, and it has been found that around 60% of bitcoin addresses are unknown, which indicates that a large number of people have lost their bitcoin addresses and have no access to their wallets.

There are servers that are dedicated to mining bitcoins, and the faster users process the data, they can solve the blocks faster so that they can be added to the blockchain ledger. If your computer or device's processing power is faster, you can solve puzzles faster and be rewarded with a block reward.

People often have the misconception that a potential buyer cannot invest in bitcoin because the price of bitcoin is quite high. This doesn't seem right as the bitcoin is set to get divisible and can be divided into small fractions. As a sweet gesture, the bitcoin community named the smallest unit of bitcoin as Satoshi after the name of Satoshi Nakamoto. The bitcoin is made divisible to regulate it more in the market and attract more people towards investing in bitcoin. If you have funds, you can invest in small fractions of bitcoin.