3 Oculus Quest 2 Accessories You HAVE To Try

Kudos to you for owning an Oculus Quest 2. You already know that it is one of the best VR headsets in the market right now. It is easy to use, not that expensive, portable (this is very important) and it has the capacity to play PC caliber games, giving the VR gaming industry a HUGE opportunity to go mainstream.

But here’s the thing. You already know that this is one of the best VR headsets out there. But is it possible to make it better?

Maybe if you add in some accessories to it and see if it can make the whole experience even better for you.

Lucky for you, there are a bunch of accessories you can try. And these are specifically made for the Oculus Quest 2, so you don’t have to go through the trial and error of making things work for your headset.

And the best part, we took the time to try out a bunch of them and decided that these 8 accessories were the best ones that will make the biggest difference for you in terms of gaming experience.

So without any further ado, let's see which accessories you can get to jazz up your headset and make things even better. 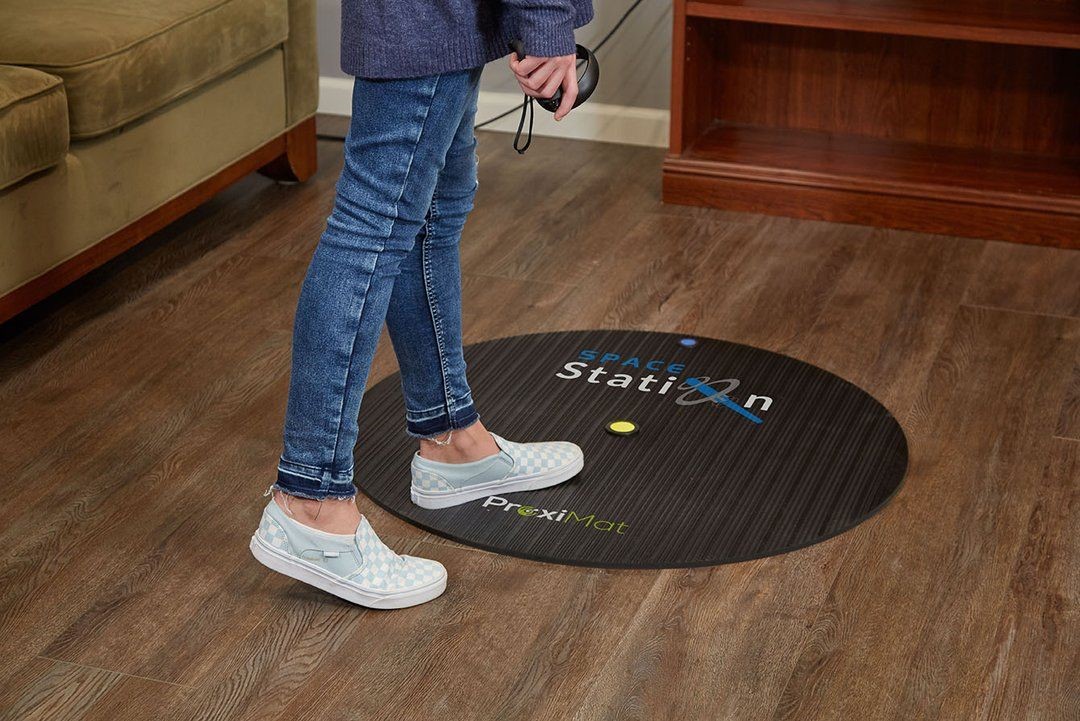 Yes, it has a fancy name. But this mat will protect you from running into walls when you are playing games.

By default, the Quest 2 keeps track of your movement within the room and if you get close to a wall you will see a Guardian boundary that will protect you from slamming your head in the wall.

That is great because we don’t want to injure ourselves while playing games. But the problem is, if you see this grid wall too often, it will take you out of the immersion. And immersion is kinda the point of a VR game.

That’s when ProxiMat comes in.

It is a floormat that will give you tactile feedback to make sure that you are within the play area.

The mat is made of anti-fatigue foam which is just a fancy way of saying that it is better than your hardwood floor. You will be able to play for a longer duration if you had this mat compared to not having it.

In the center of the mat, you will see that there are a pair of buttons raised. These buttons will help you orient yourself without having to remove your VR headset.

You can use your foot to feel the buttons and orient yourself and get back to playing your game. 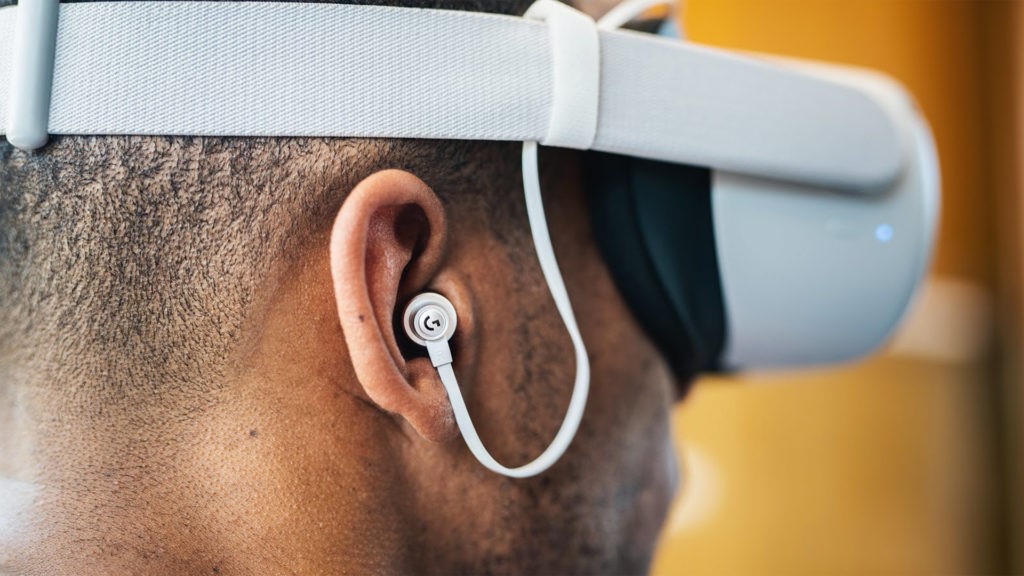 Let's be honest, the built-in audio for any tech device is not always the best. The Oculus Quest 2 is no different. Most people just make do with what they have got because they don’t know if there are any VR earphones available on the market that are good.

Sure, you can plug your wired headphones in the audio jack and it will get you better sound. But you quickly realize that your headphones are clumsy and were meant to be worn only when you were sitting still.

You want a solution that is not clumsy and stays in your ears while you’re going through an intense session of Beat Saber.

Well, Logitech has exactly the type of earphones you are looking for.

They meet all the basic requirements of sounding good, being able to block outside sounds so you can immerse yourself in the game, etc. but their most important feature, which is the reason why people are buying it, is the cable length for each ear.

The length is ideal for both ears which means you won’t have to deal with extra cables dangling on your face during your VR gaming sesh. This means less chance of it getting stuck in your headset or being clumsy. 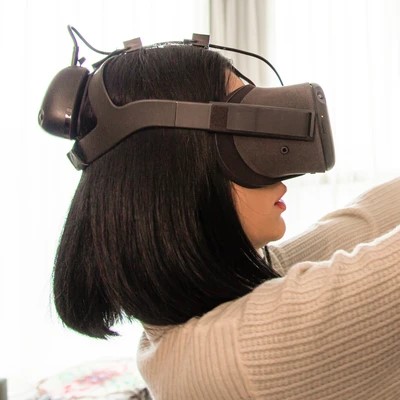 This accessory is a godsend!

And the fact that it is out of stock shows that people like it.

You ever wanted to play some more but the battery on your Quest 2 ran out?

Yep. That happens more than you care to remember.

Well, the VR Power kit is for you my friend.

It is one of the best supercharging accessories out there for the Oculus Quest 2. Not just that, it is also cheaper than what Oculus sells on their website.

This VR Power battery will give you 8 hours of battery life between charges. So you can quickly charge your headset and get back to playing your games.

And not just that, you can also keep an eye on how much battery is left on the VR Power so you don’t forget to keep it charged.

But here’s the most important feature of it – it acts as a counterbalance for the headset which makes the whole thing much more comfortable. I know most people feel like the headset is going to slip through their nose and fall off. VR Power will make sure that the weight is kind of distributed evenly so you feel less pressure and stay much more comfortable throughout.