How modern technologies can change the dating industry

The first commercial dating site was launched at the tail end of the last century. This might have only been a matter of decades ago, but in terms of how this industry has evolved, it has become nothing short of an era-defining phenomenon. So many singles are being tempted to join an online dating service these days, rather than hanging around in bars, or waiting to be introduced by mutual friends. The main reason the digital dating industry attracts millions of enthusiastic site users across the globe and turns over billions of dollars is that it has consistently kept abreast of the latest technologies. Here are some of the ways modern innovations are changing virtual dating. 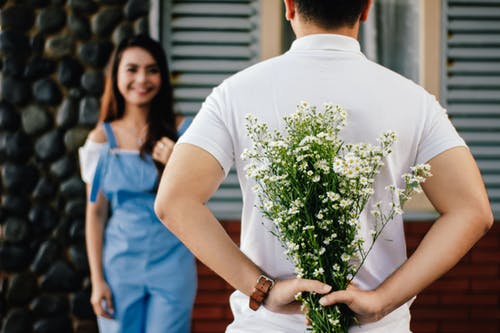 The advent of internet dating technologies had proved to be especially important for mature singles. Newly single older people are finding a dating landscape vastly different from the one they once knew. Finding a partner when you are over a certain age has always been very difficult but with the help of online technologies you can connect with someone from the comfort of your own home. If you sign up to a mature dating site, you’ll naturally expect to find potential matches by browsing through the personals profiles. You’ll be keeping an eye out for attractive photos, as well as hobbies and interests that chime with your own. But modern technology has made this process so much more straightforward. The moment you register with a website, then create your profile, algorithms will be assessing your information. If details overlap with other site users, typically your geographic location, the age range of the person you’re eager to connect with, or many other aspects, you can be provided with a shortlist of these candidates.

Allowing members to touch base 24/7

Dating sites have always relied on cutting edge technology to allow their members to communicate. For those singles who are looking for fun rather than relationships, they can sign up to cam sites, where they will have an opportunity to interact with models in chat rooms. Those seeking a love interest can touch base via texting, emailing, joining WhastApp groups, phoning, or video chatting. Having this ready access to the object of your desire, whatever the context, has revolutionized the dating industry, attracting newcomers to join websites, from a variety of social backgrounds.

Online matchmaking in your pocket

Around five years ago, web traffic analysis first revealed users accessing the Internet by smart devices had begun to exceed those doing so by their desktops. This has led to a proliferation in downloadable apps, with millions of titles out there (at a recent count, the Apple App Store offered 1.96 million, while 2.87 million were available on Google Play). Naturally, dating websites have seen the benefits of offering this streamlined method of tapping into the content. As new websites ensure their interfaces and functionality are mobile app-compliant, dating is becoming ever more accessible.

Technical innovations have always driven the dating industry, and exciting innovations are just around the corner. The gaming sector has long been embracing the possibilities of virtual reality (VR). By donning the appropriate headsets, users can connect via a computer, then become immersed in an ultra-realistic dimension. While this has allowed gamers to enjoy exploring distant planets or futuristic landscapes, it doesn’t take much imagination to visualize how this is set to revolutionize the dating industry. Now imagine this activity combined with a VR connection. Site users could arrange to meet somewhere, choosing an equally fantastical environment. After connecting with the avatar-version of their partner, they could then employ the same sensory stimulation. This might seem like a scenario from some sequel to the sci-fi movie Blade Runner, but the technology is already out there today.