Interview with the creators of PicStory 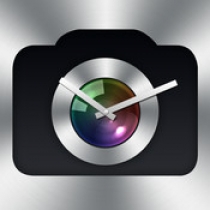 The following interview was with the developers of Pic Story.

1)  Tell us a little bit about your company

The goal of “amoo” is to develop applications  to be used easily by people world-wide .

Everyday  we try to find various items  to make apps needed in everyday life and develop them.

Now we are developing  an app based on networking with smart devices that  could store, upgrade and utilize many tracks of individual living  such as pictures and schedules  and  could be a center of communication to link to person to person through networking . And we are looking for new methods and developing technologies  for interactive communication to be essential for the app.

In the near feature, we are convinced that we would complete it with convenience, smartness, creativity and interest through our plenty of accumulated Know-How

We have started to develop various soft-ware of CD-ROM , homepage and e-learning since 1997.

The beginning of mobile era, we felt that applications was so attractive because we can sell them directly to end-users and communicate with them  and we expect  that in this field  we could show our competence.  So we went into developing applications.

3) What makes your PicStory app stand out from similar apps?

We tried to have our own functions of PicStory different from similar apps. To do it, we produce the function of TimeLine that is possible to manage pictures according to “time” and Gallery that is possible to admire user’s pictures edited by them.  Also, we worked hard to implement easy and convenient UI with various functions.  Finally, we added the function to interwork Text tag, Image tag, DropBox or Picasa

BTW I can say that the biggest difference is sleek design to flatter user’s pictures.

4) Do you plan on making this app compatible with the iPhone 5, or is it best to just stick with the iPad?

Now we are preparing for iPhone version and we have a schedule to release it on early Feb and upgrade current iPad version to universal  version.

5) What was the process like for creating the PicStory app? Were there any hurdles, challenges or delays?

While we were developing PicStory, we paid attention very much how to implement what users really want easily and simply.

We had a difficult time keeping original images and setting suitable memory size. Also to implement the function of uploading and downloading  with Dropbox and Picasa freely was not easy. Also we spent a lot of time to expressing the performance tool  for appreciating pictures in the gallery.

6) How did you decide on which features to include in this terrific app?

We continuously have  reviewed user’s comments and requirements who were using similar apps in forum sites and studied them and we have been focused on implement tools and environment that users really need to.

7) Why do you think PicStory has become so popular worldwide?

First of all, I really appreciate Picstory users and I think that users are attracted to various and useful tools, speedy performance, stability, UI and sleek design. And continuous upgrading complementing lacks of tools.

8) What's some of the general feedback you have received from users?

We received below feedbacks a lot.

9) Other than your own apps, what is your favorite app?