Interview with the creator of Extreme Agenda 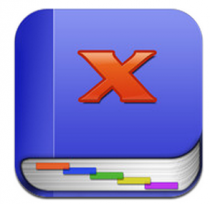 The following interview was with Brian Heilman, the creator of Extreme Agenda.

Seeing the huge potential for mobile early, I started Birdsoft in 2002 to create applications for the Pocket PC. I had some big titles in the Windows Mobile world including Extreme Agenda and All-In Hold 'Em. When the iPhone AppStore was announced I saw the enormous potential and had titles available within a few months of the store coming live.

It was a natural transition from Windows Mobile to iOS once it was apparent that Apple had done it right. I was already learning and developing for it before the AppStore went live. Unfortunately Apple didn't release all the tools needed for us to comfortably go for a full on Organizer until a few years later. So we tried like everyone else with some games.

3) What inspired you to create an app like Extreme Agenda?

I've always liked the idea of Outlook and having all of your data in one place. So combining your calendar, tasks, contacts, notes, lists and other data and trying to integrate it always seems like a fun challenge. It really has endless possibilities of how and what you can do with it and how to present it.

4) Did you run into any difficulties when developing Extreme Agenda?

We had a prototype early in the iPhone world but weren't comfortable writing our own database to store events and so ended up waiting for Apple to release APIs that allows us to use the same data as their calendar uses. Once we had those we went for it but did have to create our own tasks database.  Now wanting to go with full Reminder support, Apple finally gave us access this fall, it has made it more of a challenge on what to do with our current task database in combining with reminders.  We are hoping to do it right, as we have seen a few competitors stumble when they depended on their own databases for everything.

5) What do you think is the best feature for Extreme Agenda?

There are just too many. I tried thinking of what I use the most, but I use it for a bunch of very different things.  I jump in and use the list feature a lot to jot down feature ideas or shopping lists, I use drag-n-drop(in upcoming 4.0) and event templates a lot on the main calendar screen, and I often use the contact list to make events linked to a contact. Among many other things…

6) What makes your Extreme Agenda app stand out from similar apps?

The flexibility. There is a lot of power packed in the app. The trick we keep having to attack is  refining it to allow more and more features without them getting in the way, and to allow you to customize it so you are seeing what you want to see and how you want to see it. A lot of users really don't see all that the app can do if they don't really look into and tinker with the settings.

We are working to make everything easier and more clear, but we don't want this to be an app that locks you into anything you don't want to be locked into just because it makes it easier to develop. We won't leave out that one killer feature because only 10% of the users will use it, but it may be a setting that is initially off. We've seen a lot of developers getting into the habit of being lazy and using design and minimalism as their excuse on why they made a stripped down product. That's not Birdsoft.

7) Can you share any details on future updates or ideas for Extreme Agenda?

Extreme Agenda 4.0 is in the works hopefully for an April release. It is going to be a very big update, with a ton of new features including reminder support, drag-n-drop, group texting/emailing, a new user interface choice, and much more flexible themes. There are a bunch more new things, but I don't want to give it all away. It should be a game changer for the franchise.

8) In addition to Extreme Agenda, you have created other fantastic apps. Can you tell us about some of those apps?

Yes, we have several apps on the AppStore. We tried out a few games, including a version of All-In Poker which features 8 variations of poker so you aren't just playing Texas Hold 'Em against below average opponents.

We also have 'The Grid' calendar app which got up as high as #8 in Productivity. Its a more minimalist version of the calendar with its own look, but has some great features like reminder support(with upgrade), templates,  and drag-n-drop already built in. It's free so give it a try…

Other apps include the most downloaded poker blinds app 'PokerTimer' which I actually use at least monthly. And I use our 'Grid - Contacts' app instead of the default contacts app when I want to call or text someone fast, as it offers a very quick interface to get to who you need to. The beauty of our smaller apps is that if we think they work they are put into our flagship Extreme Agenda app as well…

9) What's some of the general feedback you have received from users?

We get all kinds. Of course we like hearing how much you love the app(in reviews too), or a bug you found(not in reviews, email developers directly). But we really like to get suggestions from users on what those one or two things are that would make the product so much better for them personally.

I guess the four I use on a regular basis are Launch Center Pro, Google Maps, TweetBot, and Facebook. I go through a lot of apps and try to get inspired by pieces of the good ones I see.

The app world is now in a pretty cool place where design and creativity is so crucial, so I'm doing my best to keep up. 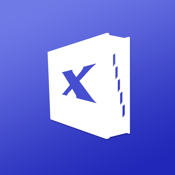