How to update the Apple Watch operating system 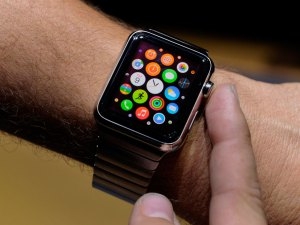 Sometimes users want to put off updating to a new OS, but it’s pretty essential that you stay on top of updates for a brand-new device that’s just come on the market like the Apple Watch. On Tuesday, Apple put out OS 1.0.1 for the wearable device. According to a report by c|net, the update appears to have sped up third-party apps and added some bug fixes and other improvements. It takes a bit of time to do an update, but it’s relatively simple.

Open your Apple Watch app on your iPhone and tap on General. Choose Software Update. Tap on Download and Install and just follow the directions. If, for some reason, you don’t see that an update is available, go out of the app, close it, and re-open it, following the instructions as previously stated.

If you don’t have your charging cable when you want to update, you can download the update to your phone; when you have access to the charger, put your watch on the charger and the iPhone and watch will do the rest. It could take between five and 30 minutes to perform the update depending on how many other people are downloading the update at the same time.