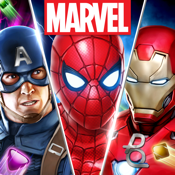 Are you an uber nerd like me and sick of your standard puzzle games like Candy Crush? Well don't fear, true believer, I have the iPhone Marvel app for you! Marvel Puzzle Quest: Dark Reign is here on your iOS.

In this good Marvel app for iPhone and iPad, you have every character from the Marvel Universe (MU) at your disposal to dish out punishment and discover the mystery laid out in an exclusive canon-based storyline.

For more details about this Marvel app, check out our Marvel Puzzle Quest app review below.

A Combination Of So Many Game Types

Marvel Puzzle Quest is part card game, part fighting game, and part puzzle game all rolled into one. The best way I can explain it is combining Magic the Gathering with Street Fighter Puzzle Fighter.

From the beginning you are dealt three cards. Mine were Iron Man, Hawkeye, and Black Widow; now, I will safely assume this will be the same for all first-time players, especially with The Avengers being one of the highest grossing films of all time.

So you have your team, now it's time to take them to the test and hop on the map. The storyline starts and provides you with two paths. You can take on the H.A.M.M.E.R. forces as they attack Stark Tower (aka The Avengers Tower) or fight Dr. Doom who has opted to attack the Fantastic Four's Baxter Building. Take your path to launch the puzzle battle.

The goal here, like many puzzle games, is to match three or more of the same colored tiles to clear that row. Each successful match equals to damage that your opponent takes; get enough damage and that foe is knocked out of the battle.

Luckily you have three characters to use for each round. It does seem a little time-consuming, but it is insanely fun! 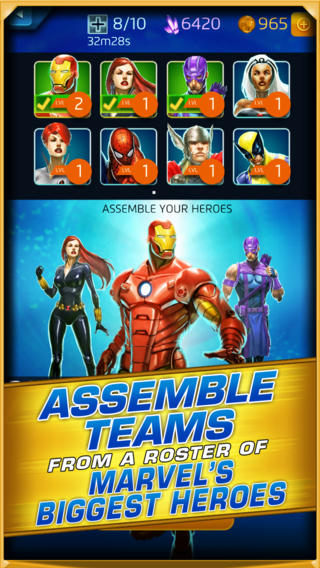 Level Up And Challenge Your Friends

As you progress you will be provided with additional character cards, ISO crystals used to level-up your characters, and character tokens that you can use to recruit other members of the MU.

The best part is it doesn't matter if it's a hero or a villain, you can add them to your team and use them in almost any mission. As you progress you will find that you are battling a specific villain and if you have that card it will be unusable until you defeat them.

The single-player game is infinitely fun, but challenging your friends takes this game to the next level. Connect with friends via Facebook or your contact list to issue a challenge, and whether your friends are online or offline at that moment doesn't matter.

You can attack anyone who is using this game app and test your teams skills for upgraded cards and other rewards. But don't worry, what you will acquire will not be taken from the player you have challenged. Each reward is given based on how quickly you defeat your opponent. 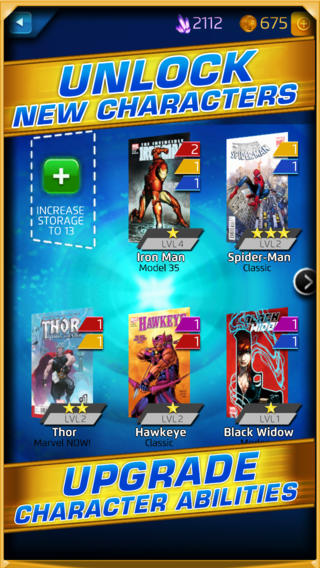 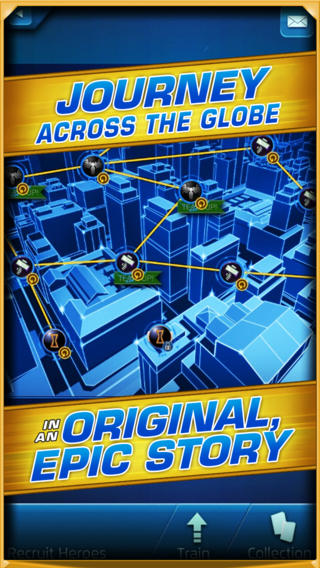 If you are looking for a new puzzle-type game that moves away from the standard color and shape matching, I can't recommend Marvel Puzzle Quest: Dark Reign enough. It goes well above and beyond what the studio claims it does. The storyline is as engaging as the gameplay itself.

So if you are a MU fan, or if you are just looking for a different take on the thousands of puzzle games out there, definitely give Marvel Puzzle Quest a try. You will not be sorry.

Matthew MacCallum is an award winning filmmaker, screenwriter, actor, and comedian. He is a lifelong Apple products user and has vowed never to seek help for his App addiction.