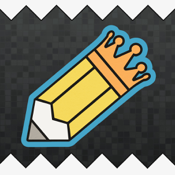 TraceRace app review: trace your way to the top in this simple, yet addictive drawing game

Creating a whole new genre of drawing fun is this cool game which has you tracing around various shapes and objects, just be careful to keep a steady hand lest you waste your precious ink or run out of time!

The best art apps for iPhone and iPad

While this isn’t exactly the kind of game I can imagine myself playing for the long-term, I can definitely see it having huge appeal in the App Store overall. The concept of this game is wonderfully original, and it’s always refreshing to see developers bringing something new to the table for iPhone and iPad users.

If you fancy yourself as being a great drawer, or you’re just a fan of drawing games in general, then I would definitely recommend checking out TraceRace.

The Race is On!

TraceRace features two basic game modes, Arcade and Speedrun. The former requires you to “trace as much as you can before running out of ink,” while the latter pits you in “a race against the clock while tracing really accurately!”

The actual gameplay concept is very simple. You will be presented with a shape or object on the screen, and all you have to do is trace around the outline of the image as accurately or as quickly as you can. There are also three difficulty levels to suit different age groups and levels of experience. 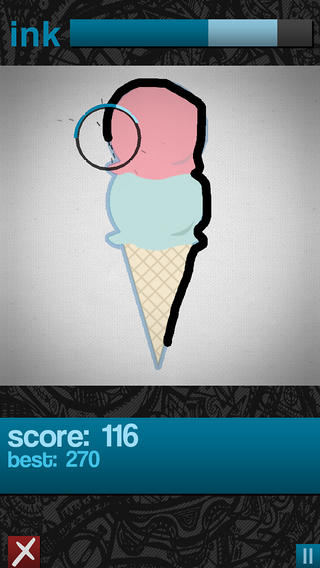 I’m still trying to decide if I like the control system in this game. You can choose between two different guides to help you trace more accurately, with one being a crosshair and the other being a magnifier which is recommended more for iPhone users because of the smaller display.

My only complaint is that my finger either gets in the way, or the placement of the magnifier makes it quite difficult to keep track of where I am, especially with my iPhone lagging slightly from time to time.

Other than that, this is a very fun and engaging game that will have you hunched over your iPhone or iPad, intently staring into the display while trying your darndest to trace as accurately as possible! This game definitely receives a recommendation from me. 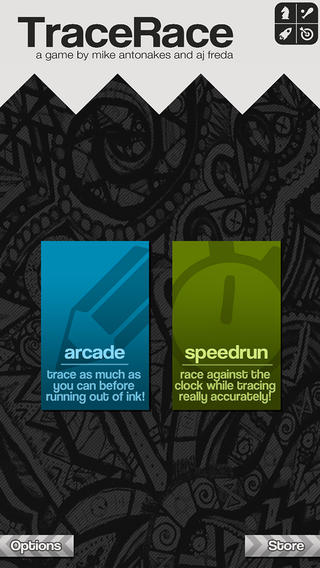 If you’re looking for a fresh new style of gameplay for the iPhone and iPad, then you really can’t go too wrong with TraceRace.

Visually, this game is great, and with more than 300 drawings to trace your way around, it’s sure to keep you busy for quite some time!