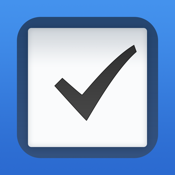 For lists like popping down to the shops to get the evening bits and bobs don’t really require much more than a post-it note, but for planning a wedding or a secret birthday event, then eradicating the paper and listing it all down on an iPad app may suit you better. If so, take a look below at some pretty useful ways to make lists, track data, notify yourself and more… 2Do – Tasks Done in Style Price: $9.99 What’s under the hood of the 2Do app is pretty impressive. In fact, its features are so extensive that it’s really worth checking out the iTunes profile page for this app to get the full run-down. Essentially though, this app lets you multi task, by dragging and dropping anything and everything into your calendar and then creating a task list for yourself there. You can sync up email, iCloud, Dropbox, create alerts, focus a task as important, attach contacts, add voice notes, import export data, tick off what you’ve completed, and loads more. Reviews are excellent, so for just under $10 there are no complaints as yet. Things Price: $9.99 This task manager claims to provide the perfect balance between apps which appear too complicated to ones far too simplistic. You can sync to dos, due dates, notes and projects to your desktop, or simply manage everything from your iPhone, with a simple interface that is easy to navigate. From here you get to view your inbox, today’s list, what’s coming up next on the agenda, who you have scheduled, future projects, and logbook. User reviews are far from rosy, though, where it appears there have been no updates in four years...while their app ratings appear to be hyped by websites which benefit from a financial incentive using this app. Things was one of the first apps to lead the way in 2009 for diarizing your daily schedule but there are now many cheaper and free apps which do a lot more and whose customer support isn’t lifeless. DropBox Price: Free There are packages you can buy with DropBox that will be useful for businesses but the free version for most users will suffice. This app is not so much a diarizing tool as one for storage. Still, Google now provides 5GB and Microsoft 25GB so the fact that they still only offer 2GB for the free user may well change as competition builds. That said, DropBox has become a life-saving tool for millions now as people generally immediately save all types of docs to their DropBox folder on their desktop and then when they’re out on the go, they can just tap into their iPhone DropBox and view everything that was saved -  a quick and easy way to transfer data. The only problem DB seems to be having right now is opening PDF’s saved in DB on iBook. It does also seem to take forever to upload a large file like a movie from your desktop. The Pro Version is $99.00 but far too large for most individual user’s. It also transfers files much faster. reQall Price: Free This app is designed for those who always forget the short term tasks, and for the fiery partner who just might flip if you forget the evening shopping list on the way back from the dog walk. With reQall you record voice notes and store them accordingly to date. It seems this app was incredibly popular when it was first released but has had trouble keeping up with Apple's constant iOS ugrades. Check latest reviews for feedback. 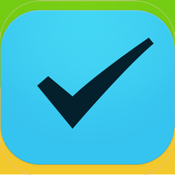 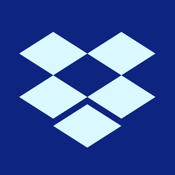