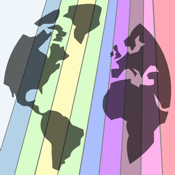 World Clock-Time Zones iPhone and iPod touch app is for travelers who often cross time zones, who call throughout the world, or who need to know what time it is in Russia before calling in the middle of the night! It is smooth and allows you to view in multiple screens with both the city name and the flag to depict which time zone you are looking at.

Why Is This Better Than the Built-In?

World Clock-Time Zones is better than the built-in for many reasons. Not only does it allow you to save multiple locations like the built-in, but also allows you to see the flag of the country you have saved. For example, I bookmarked Windsor, Ontario, Canada. You can see the Canadian flag beside it. This makes looking for time zones easier, especially when you are traversing more than one time zone in a day!

In addition to being able to save your city, the app has many more city options than the built-in. Windsor, for example, is not included in the built-in because it is a smaller city. It is however, four4 hours south-west of Toronto, so it is nice to be able to select it for a closer city. 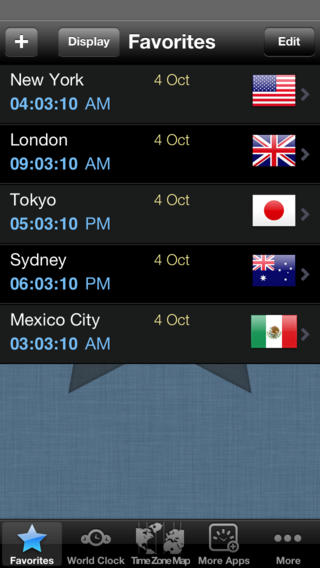 World Clock-Time Zones has more views than just the list view that you would find in the built-in. For example, there is the time-zone map which is an in app purchase for $1.99. This comes in handy if you are trying to plan for a conference call, but are unsure if your participants are all in the same time zone. Sometimes the zone lines are odd, so you can scroll to the desired time zone to compare locations.

When I was younger, I was fascinated with time zones. The idea that it is a different time in different parts of Canada was just fascinating. This app will help explain such things to children of parents who travel, or if you have family who lives in a different time zone. It is a great teaching tool. 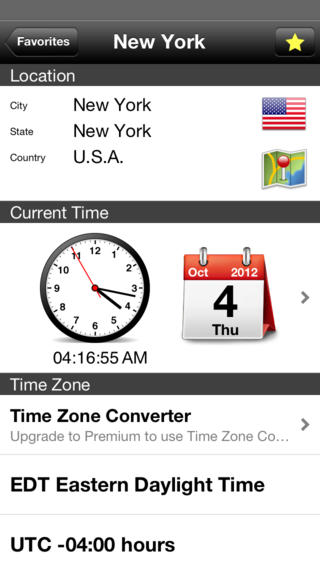 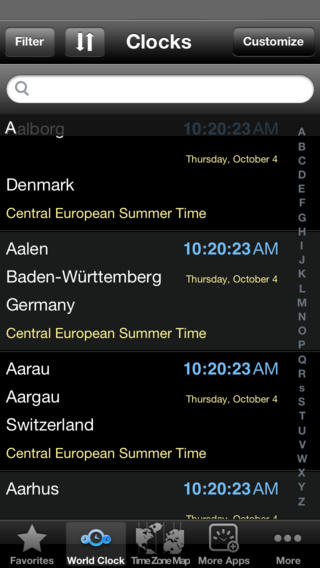 World Clock-Time Zones is a great app for viewing different times zones if you are a traveler, business person needing to make an out-of-country call, or simply a parent trying to teach your child about different time zones in the world. Overall, this app impressed me, but there are many apps that provide a time zone map without in app purchase. If you are looking for a time zone app, check out a few of the free ones before shelling out the $1.99.