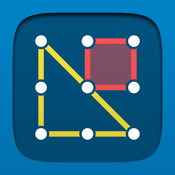 If you have children in middle or elementary school who need a little assistance with math, we've got an option for you. The Geoboard, by The Math Learning Center app can be used on your iPod touch, iPad, and iPhone and gives you the ability to make use of a virtual, open-ended, and manipulative math tool as the developer explains. This app can be used to help with a selection of different topics your child is learning in school and is meant to be used with those classrooms that make use of iDevices.

While there are plenty of apps that are fun, entertaining, and offer great gameplay, apps are also built for educational purposes. This is a great example of how an app can help with learning and understanding a topic better. As mentioned this app is meant to be seen and used as an educational tool in any classroom that supports the iPad, iPhone, and/or iPod touch. This app scores very high ratings from parents as they seem to be more than impressed at what this app is capable of doing.

Some of the areas in which this app can help include polygons, line segments, fractions, congruence, angles, area, and perimeter. The app goes further than this but at least you get an idea of how it can help your child with his or her studies. 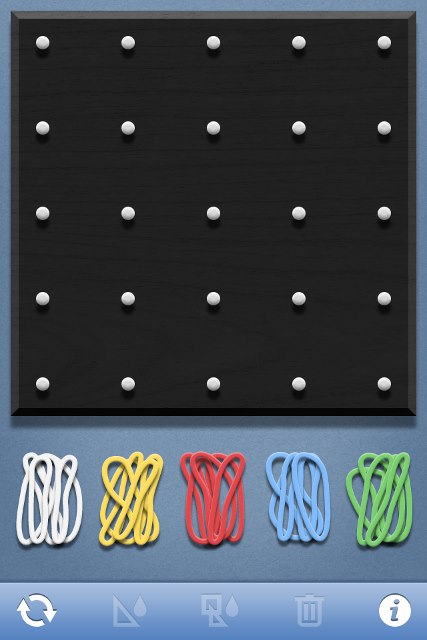 It should be noted that depending on which device you use the app, the functions and features vary slightly. The iPad offers lots of versatility and opportunities such as giving students the ability to choose from eight band colors versus five on the other devices. As well on the iPad you can switch to a peg board that features 150 pegs versus the 25 pegs on the other devices. This means your child will be able to create more configurations. Keep in mind the app is still useful and helpful on the other devices you just get a few less features.

Kids will be able to actually create such objects as polygons and line segments by stretching the virtual bands on the Geoboard pegs. This is done with just the touch of a finger so it's very user-friendly. What's interesting is when you read the comments there are a number from educators who rave about the app and how helpful it is with their math lessons. 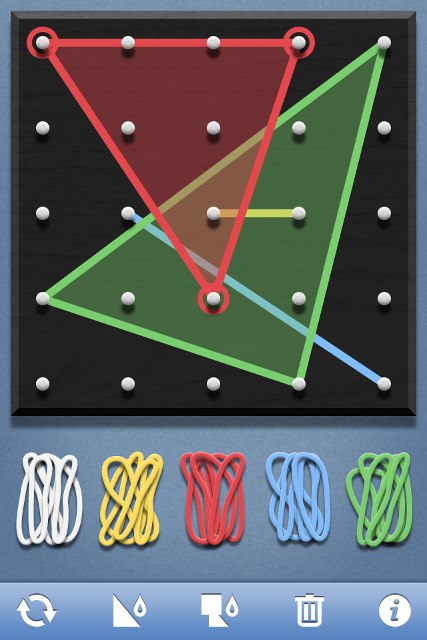 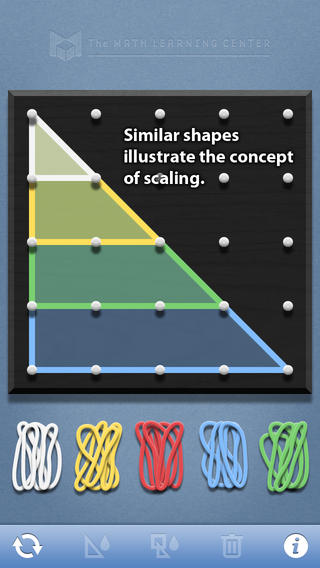 The Geoboard, by The Math Learning Center app offers students a hands-on way to learn a variety of math topics. By offering an engaging educational experience like this kids will often be able to absorb the subject matter much easier.