Only One app review: a great arena-style fighting game with minimal graphics 2021

It’s really hard for fighting games app developers to stand out nowadays. The most simple games become a huge success overnight (Like Flappy Bird, which I reviewed before the game became popular), while some very interesting concepts slowly die a slow death on the App Store simply because no one noticed the game or because the graphics weren’t to their liking.

Ernest Szoka developed a very nice iPhone fighting games app with Only One. The graphics are minimalist, but the gameplay is fun and the game is made compatible for iPhone and iPad. But will it be a success? I hope so, as this game deserves it.

Is this a top fight games app for iPhone? Keep reading our Only One app review to find out that answer.

The game starts with a small guy standing on a huge circle-shaped platform. He is the only one. You take control of him and guide him towards the glowing white sword in the middle of the platform. A new button appears, to control the sword.

A simple tap will have you swing the sword. Suddenly another character appears and attacks you. There is nothing you can do to fight back. Kill him or throw him off the edge to move to the next level. More enemies start appearing and your goal is to slay them all while trying to stay alive and not to fall off.

After 10 levels you will be facing a boss. Sometimes this is a small guy, but this can also be a huge version of a previously encountered monster. 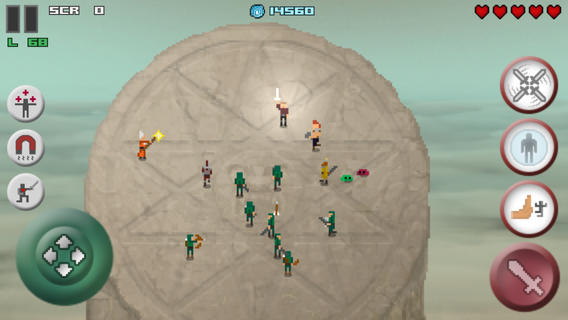 The graphics of the game are very minimalist, but this actually works well for the app. The game reminds me the most of a very minimalist game from a few years ago, Swords and Sworcery, which is not a bad thing at all.

The gameplay of this game is pretty old-school, so the developer probably made a right choice in making the graphics fit the type of game. The sound of the game fits in this same category as well, making it all a very nicely polished and complete package. 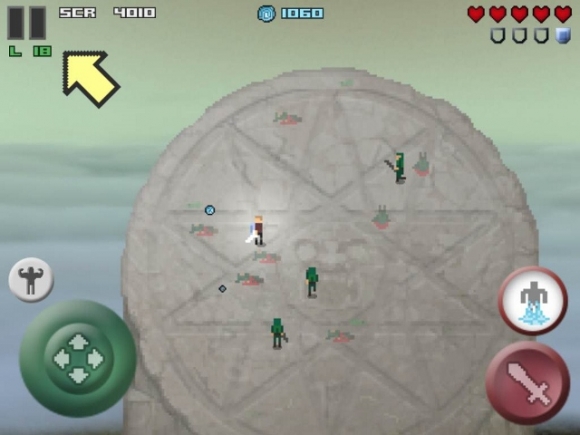 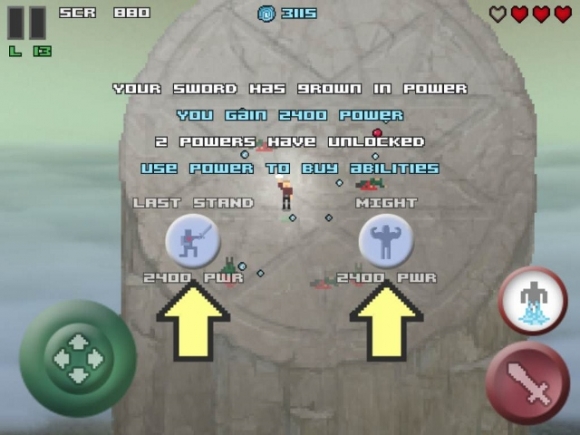 I really hope that Only One will get the same amount of attention as a game like Flappy Bird gets. The concept of the game is simple, but only because the game is an RPG, a lot of people might be scared off. I can recommend this game to anyone who would like a challenge and enjoys simple mechanics.

The graphics, sound and gameplay all fit together very neatly and you will never get border of leveling up. The game is compatible with both iPhone and iPad, though I recommend playing it on the latter. The game is just under 13 MB in size.