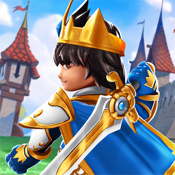 As most of you must know by now, the defense games genre must be my favorite genre in the App Store, simply because it works so well with the touch screen of iOS devices. There is so much choice for these games in the App Store that it can be very hard to find a really good one.

Most of these iPhone defense games are not free, and some of them offer simply the very same gameplay as all the other ones. Finding a good free one is harder than it sounds, but developer flaregames has made it a lot easier for fans of the genre.

The developer just released Royal Revolt 2, a sequel to its popular free-to-play tower defense game. Royal Revolt 2 and its prequel are both compatible with both iPad and iPhone.

The first time you boot up the app you will instantly find out you will need the Internet to play the game. This is the case with most free-to-play games, so there is no surprise here. I expected to have to place a few towers and keep the enemy out of my castle, but what I saw simply blew me away.

In the first level you are the invader! You have to keep calling troops to help you try and overtake the enemy’s castle while the towers from his side will try and stop you.

After this first level you get to build up your kingdom, which is done very similar to all the “-ville” games. You also get to develop a maze, which will help you keep the enemy out of your castle. This means you will get to play on both sides of the tower defense genre. 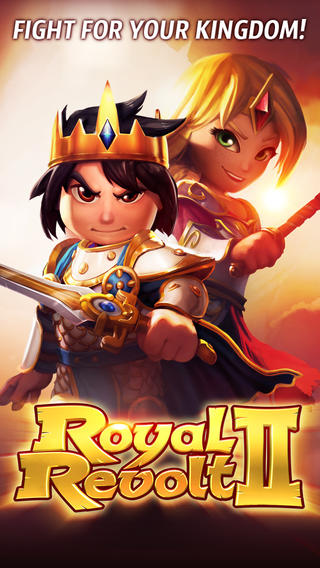 The game sports fantastic 3D graphics. Not only do you get a nice overview of your castle and surrounding town, but during the attacking phases, you will follow the king around and you will see him from a bird's eye view.

The sound is really good too, as the kind will shout when you rally your troops and the sound of battle will follow you around wherever you go. As this is a free-to-play game, you will get the option to invest with real-world money, helping you build your kingdom quicker. 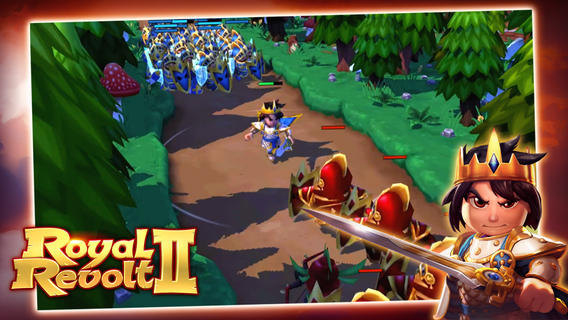 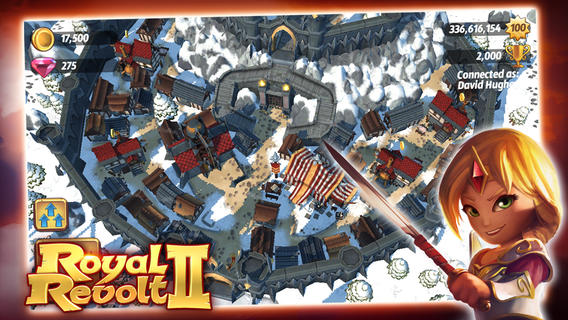 Royal Revolt 2 is a fantastic free-to-play twist on the tower defense genre. You get to play on both sides, so you might as well call it a tower defense/offense game.

You also get to build your own town and maze to keep the enemy out, which adds a lot of strategy. The game is compatible with both iPad and iPhone and is about 93 MB