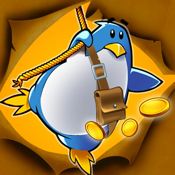 Platforming games are still probably one of the most accessible and fun games to play for both young and old. They come in all shapes and sizes, but so for only a few platforming games have succeeded in becoming popular in the App Store, and most of these have simply been endless running games such as Temple Run and Jetpac Joyride.

But thankfully, developers are never giving up on trying to recreate the success of Super Mario Bros. Developer GameResort LLC decided to give it a go and the result is Adventure Beaks. Adventure Beaks has turned out to be a great platforming kids game with challenging gameplay and extremely good level design.

In this adventure beaks app review you will find more about the kids app where you assemble an expedition party of elite Penguin adventurers. Adventure Beaks is compatible with both iPad and iPhone.   After checking out this app for kids, head on over to our best kids games list for more great options.

As a short introduction to the game, you will get all the gameplay elements of the game explained before you will be on your own. I say on your own, but I actually mean you will be as a group of four cute and loveable penguins.

These penguins can jump, double jump (how does that even work!), belly slide, and dive. These are the four main controls you will need to master as all the levels are specifically designed to test your skills using these moves.

The penguins will run automatically, so timing is of the essence. In the introduction I mentioned the level design of the game. All the levels, even the earlier ones, have multiple paths and each path will have its different rewards. More about those will be discussed in the next paragraph. 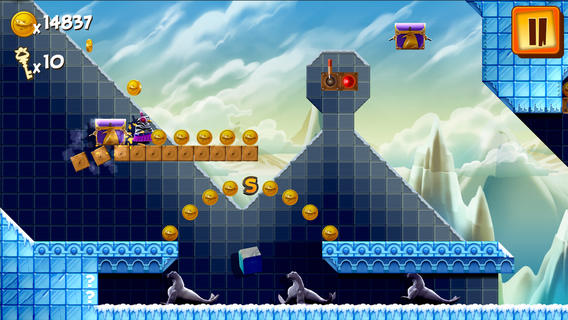 The graphics of the game are adorable. The environments look great and the animations of the penguins are detailed and very well-designed. When you play the game, you will mainly be collecting coins. I wonder where they got that idea.

There are tons of other different collectables. On your play through of each level you will see gray boxes floating around. Collect eight of these and you will receive an artifact and a coin bonus. If you collect the letters that spell "bonus," you will receive a coin bonus at the end of the level.

There are also different treasure chests that contain keys and coins, which are scattered throughout the 50 levels that the game has to offer.

This app for kids has 16 brutal Challenge Levels and 150 mind-bending side Missions. Also there are 198 crazy clothing items to dress your penguins with in this great kids game. 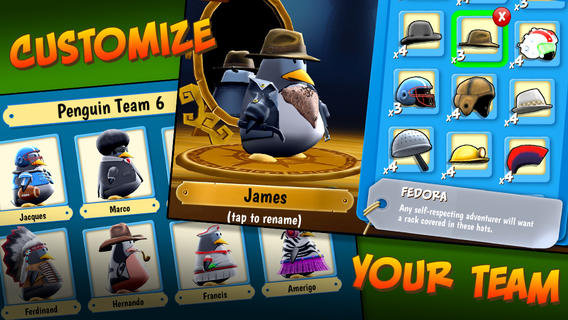 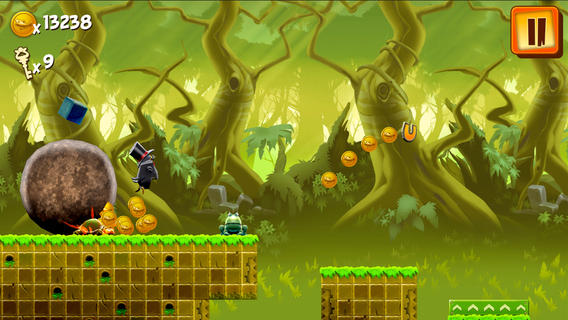 Adventure Beaks is probably one of the best games that was released in the last few weeks. This game deserves to be played and is a great challenge for people of all ages. The level design is unparalleled in the App Store and will keep you going back for all the collectibles. The app is fully compatible with both iPad and iPhone and is just over 60 MB, which is nothing compared to what you get back for it.