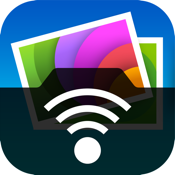 PhotoSync app review: the best and easiest way to transfer, backup and share your photos & videos 2021

With more and more of us regularly taking photos on our iPhones and iPads, it's also important to have a a photography app to get those photos onto our PC or Mac so that we may save space on our iOS devices and make room for new images and videos.

PhotoSync app for iPhone features wireless transfer, backup and share photo and video files from and to computer, iOS devices, Android devices, Google, Dropbox, Picasa, Flickr, OneDrive, SmugMug, NAS (WebDav, FTP) and more is an app that can help you do so in a simple and straightforward way.

Available in the App Store for $2.99, this app for taking photos is the ultimate smart tool to add to your inventory if you're serious about iPhotography. Let's take a look at its features in our camera app review.

It will allow you to transfer hefty media files to your PC or Mac, which in turn will free up plenty of space. This app can transfer images from iOS devices to a Mac or PC and from a Mac or PC to your iOS device's camera roll over a wifi network.

You can also transfer images between iOS devices over wifi, bluetooth, or using the personal hotspot, or upload images from your iOS device directly to a cloud or photo service such as Dropbox, Google Drive, Flickr, Facebook, and more.

Of course, you will need the Photosync software on all the devices between which the transfers needs to be made. This is a universal app that you only need to purchase once to use across your iOS devices. To use PhotoSync on a Mac or PC, you can download the companion app which is available free of cost.

Alternatively, you can just use your web browser to make the transfer but the process might take longer and entail more actions and commands on the users' part. 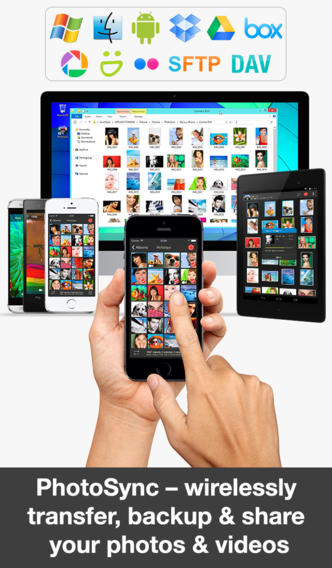 Ease Of Use & Convenience

This app remembers which photos and videos have already been transferred and lets you transfer new media with just one touch. You can even set up PhotoSync to transfer media automatically when you reach a certain location such as your home or office.

This app fully supports the transfer and import of RAW photos and it maintains the integrity of all the photographic photo metadata (EXIF, Geolocation) and even lets you use the recording date as filename for your convenience. 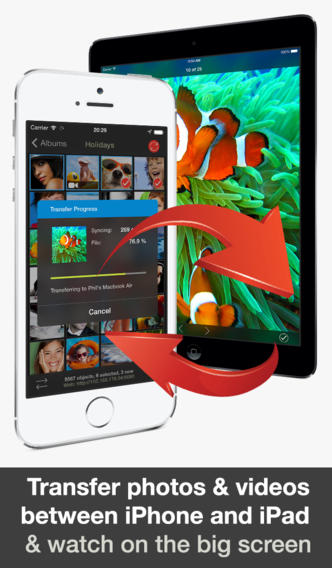 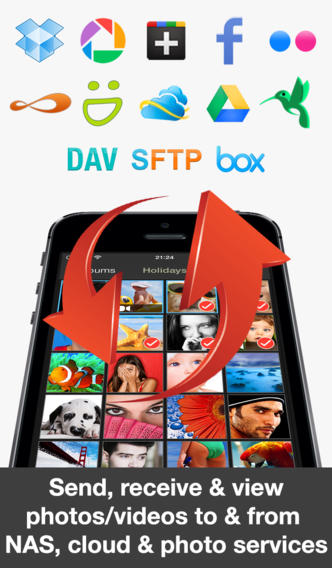 It single-handedly resolves the issues that come with a handy device that can take pictures the limited space available on them with its automated and one-tap transfer features. This is a must-have especially for those who have 8GB iPhones or 16 GB iPads.