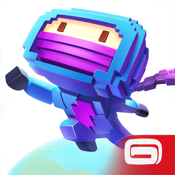 Ninja Up app review: make the ninja go up and up!

Ninja Up is a game developed by Gameloft and is made for both iPad and iPhone. This game is one that exists in many forms in the App Store, even though you might not recognize it at first sight. The game is very simple: make your ninja jump as high as you can, though in this game you don’t use a tilt mechanic to move your ninja. Instead you will need to place trampolines at a perfect angle to make your ninja avoid all kinds of obstacles on his way to the top. I am not sure how high the ninja can go as I never made it past the 100 meter, though I am sure that the sky is the limit. The app weighs in at just over 40 MB.

The gameplay is very easy, though this doesn’t mean the game is too. To make your ninja go up, as the name of the game suggests, you will need to use your finger to draw a trampoline for him to land on. The smaller the trampoline, the higher the ninja will jump, which still sounds easy. After a while, obstacles are starting to show up and you will need to angle the trampolines in a way that your ninja will be able to avoid these obstacles. This too sounds easy, but in practice this is nigh impossible, as you might avoid one obstacle, but your ninja will bounce all over the place as the angle isn’t straight at all anymore and won’t be for the rest of the game. This will take a lot of practice. 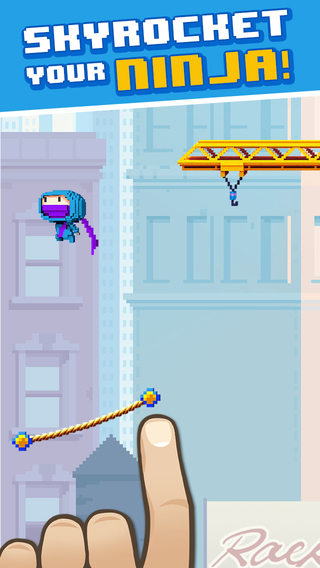 The game’s graphics aren’t as spectacular as you might hope, but the game does stick well to its 8-bit graphics style. The sound of the game fits this style as well, which is great. The overall design of the menus is a bit lackluster, but again it feels just like a game from the early '90s which is exactly what the developer was after. Regrettably, this makes the game feel like it’s very much a thirteen-in-a-dozen game, and there is simply too much competition for this game to be successful. 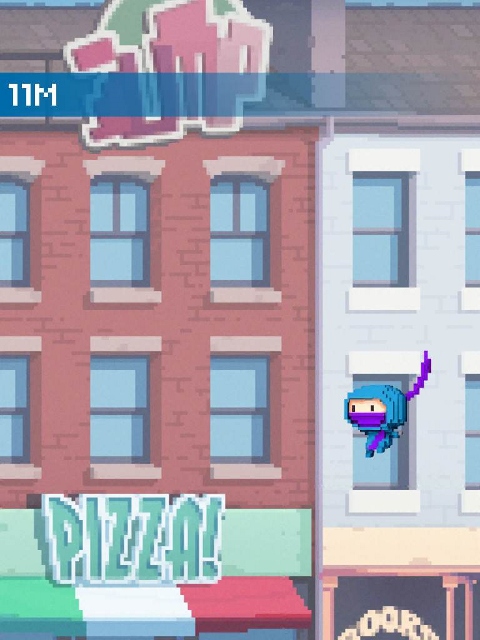 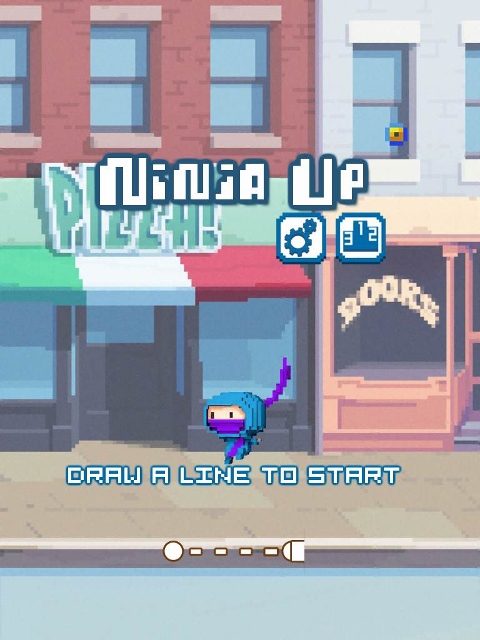 Up up and away!

All in all, Ninja Up is a successfully developed game with almost no flaws. The only thing that keeps this game on the lower ends of the App Store is its lack of originality as there are so many similar games out already that there isn’t much place for yet another endless jumping game. The game looks like a '90s game in all ways, which is not a bad thing in this case. The app is designed for both iPad and iPhone and is just about 40 MB.