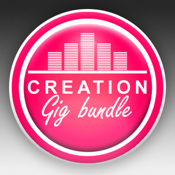 Creation - Gig Bundle is a powerful musical package for iPhone that combines Bedrum, Destiny, and Digidrummer in a single convenient utility so that you can conjure up some awesome sounds utilizing drum and synthesizer sequences in a seamless end-to-end fashion.

I can definitely appreciate what the developer has attempted to do with Creation, and I think the concept behind it is a very sound one.

I would, however, recommend looking at the Pros & Cons section further down in this review because it looks as if the customer support and ongoing maintenance from the developer may be lacking when compared to the constituent tools in this app which are available as individual downloads.

What we’ve got here is a great idea for a music iOS app that enables you to use Bedrum, Destiny, and Digidrummer all from one single interface, giving you access to drum kits, synthesizer sounds, and loads more without having to download a handful of individual apps. 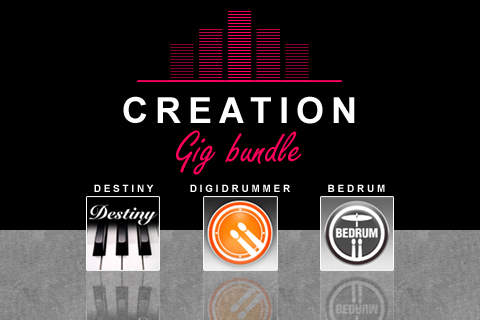 Record and Save Your Creations

You’ll also be pleased to know that you can import tracks from your iTunes Music Library and play along with them, and you can also record and save all of your jams to share with your friends and band mates at a later date. 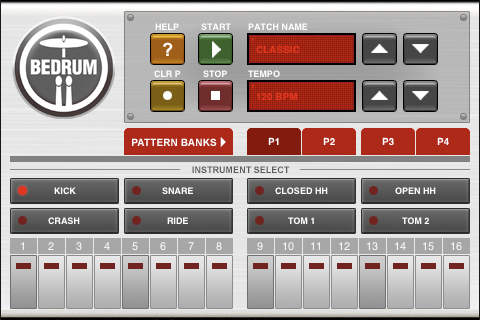 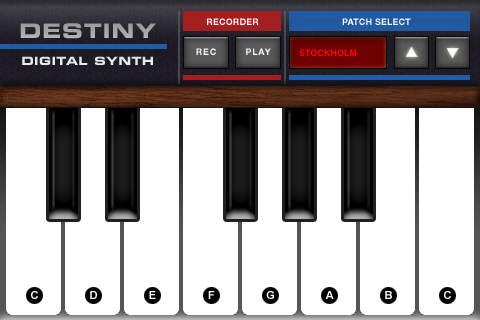 Creation - Gig Bundle is a great idea for an iPhone app; it isn’t perfect and I would like to see a little more attention from the developer, but apart from this I’d definitely recommend at least giving it some consideration.