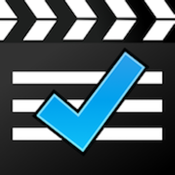 If you're a film director who is tired of carrying around loose notes in a book that get lost and mismanaged then you need one of the good movie making apps that can streamline the process.

The Shot Lister app for making movies can be used on your iPod touch, iPad, and iPhone and allows directors to build, schedule, properly organize, and then share your shot lists in a digital way.

Get Organized and Productive

Although the Shot Lister app is categorized as a photo and video one it could easily fall into productivity as well because it can certainly help film directors in that sense. With the app you will be able to plan out your film in much greater detail and allow you to evolve as changes occur and add them to the app.

As the developer states with this app, the days of carrying around crumbled spreadsheets with scribbles all over them are now over. The app was actually designed by experienced filmmakers so they understand better than anyone what you need.

This is the lite version of the app; you can purchase the pro version with an in-app purchase of $13.99 per year. This gives you additional features such as a crew sync option, storyboards, script importing, iCloud sync, and circle takes. I would think that these features would be extremely helpful for any director.

The app scores very high with customers, getting 4.5 out of five stars and in its most recent update there were all kinds of fixes and enhancements made. 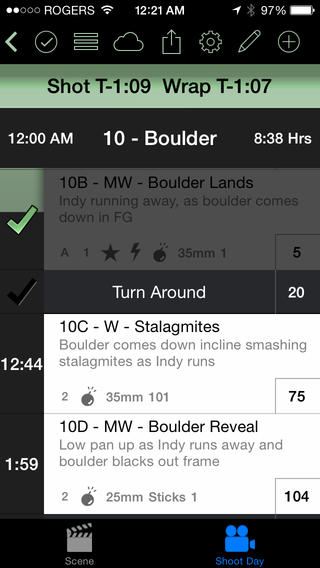 So what can you expect in this lite version of Shot Lister? You'll get a nice variety of user-friendly features that will give you a taste of what the app is capable of. This is a universal app so you know you'll be able to use it across all your devices and it is customizable to work for your particular needs.

When you're actually shooting you're able to use the live mode that gives up-to-the-minute information and as you make changes to the day these changes will then be applied to the rest of the schedule. It's really like having a personal assistant at your fingertips.

While it's hard for me to comment on the quality of the content I will say the user interface makes for a smooth experience that lets you focus on your job at hand. 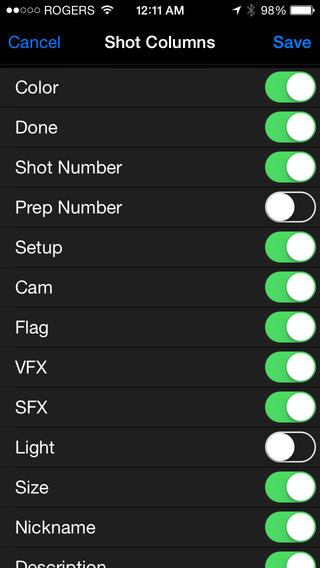 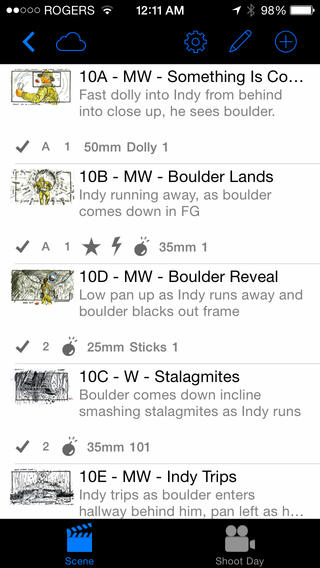 The Shot Lister app for your iPod touch, iPad, and iPhone can act as a director's best friend and give the ability to really shine thanks to how organized users will be.