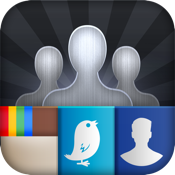 The MyFollowers instagram app is no longer in iTunes but you can find an alternative instagram followers app  on our iPhone list. You can also find all the best iPhone apps on our applists. We have also reviewed these instagram apps or check out our iPhone app reviews:-

How would you like a simple and streamlined approach to quickly see who is following and unfollowing you on your social networks? The MyFollowers app for your iPod touch, iPad, and iPhone does just that. With this app you'll be able to view all your followers, who isn't following you back, and who has unfriended you on the biggest social networks like Instagram, Facebook, and Twitter. There’s no need to go through your friend lists and try to figure out who is missing; instead, the app takes care of all the details for you. If you are interested in the app now is the time to act as it is being offered at this sale price for a limited time only.

Be Aware of Your Followers

The MyFollowers app makes it possible to always be aware of who is following you, who isn’t following you back, who are your new followers, and who has un-friended you when it comes to Facebook, Instagram, and Twitter. While there may be other apps that are capable of doing this you don't often find an app that tracks all three social networks. The app is made to be very user-friendly so that you can check it out at any time and get caught up on your social network of friends.

The app's most recent update has now made it faster and more stable, there were bug fixes made, and just some general enhancements were added. The app currently has four out of five stars from users and the comments are quite complimentary. The one complaint is the amount of ads throughout the app. 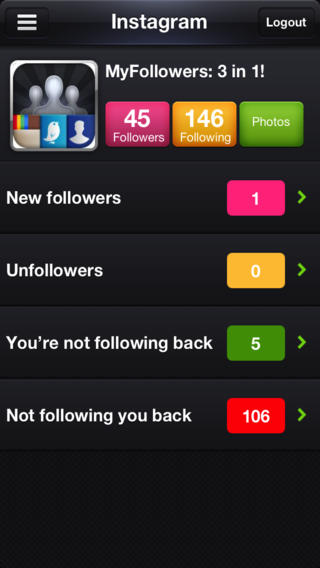 It should be mentioned if you're going to be using the MyFollowers app you will need to have an Instagram and Twitter account. With Instagram you can un-follow or follow up to 160 users per hour (this is limited by Instagram) and with Twitter it is a limit of 175 users per hour (this is limited by Twitter). Depending on what social network you're looking at you'll be able to see different details.

With Facebook you can check out your new friends, your active friends, who has de-activated or re-activated their Facebook account, and who has un-friended you. Meanwhile with both Twitter and Instagram you'll be able to view your photos on Instagram and your Tweets on Twitter. It is able to support more than one account, you can keep track of your new followers, count who isn't following you back, track your un-followers, and see who your mutual fans and friends are. 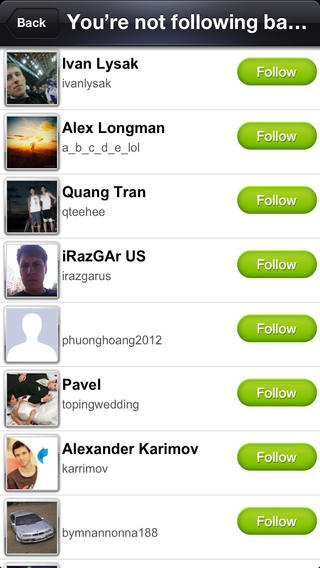 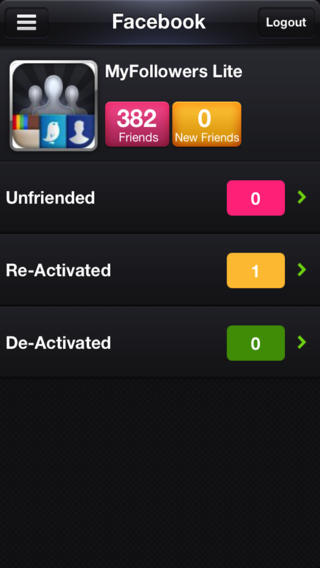 The MyFollowers app for your iPod touch, iPad, and iPhone is a simple way to track your followers and offers a nice selection of added features/tools.