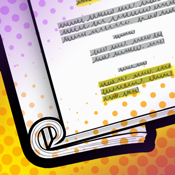 As an actor, a big part of your job is to learn your lines quickly and accurately, which can be quite stressful and demanding. The Rehearsal 2 app for your iPod touch, iPad, and iPhone gives users a way to learn their lines so that they are prepared for their role. It is incredibly user-friendly and since it is a mobile tool you’ll be able to multi-task and learn your lines while doing other things. It's not just for the actors either, as the crew can also use this app to brush up on all the lines and information they need to do their job on the set.

The best iPhone apps for actors-2021

The Rehearsal 2 app is actually a new update building upon the success of its original version. In this new version the acting app for iPhone and now works on all devices, is more stable and simple to use, is incredibly intuitive, and there are no longer any in-app purchases required. Once you make the initial purchase you have unlimited use of the app. This app is classed as a productivity one, which is very indicative of what you can expect. This one can help not just actors/actresses but the crew as mentioned because they can study the script and learn about their role in the project.

The best iPad apps for actors

The app has a customer rating of 3.5 out of five stars so there is clearly room for improvement still but this rating has gone up since its update. Users have posted mixed reviews on it with some pointing out its usefulness and how simple the tool is to work, while other users are less than impressed and find the app confusing to navigate. I actually really like the layout of the Rehearsal 2 app in a sense that it looks a bit like an action comic book. It's got a very fun vibe going for it and the tools can all be found along the bottom of the screen as you go through the script. The app's main purpose is to give you the ability to rehearse scenes and of course learn all your lines in the easiest way possible, and of course the fastest time possible. You can go through the script and highlight all your lines, rewind or fast forward, record yourself saying your lines, set a scene on automatic repeat until you are confident with it, make notes, and add beat marks to make delivering the lines smoother and more effective.

The best iPad apps for actors 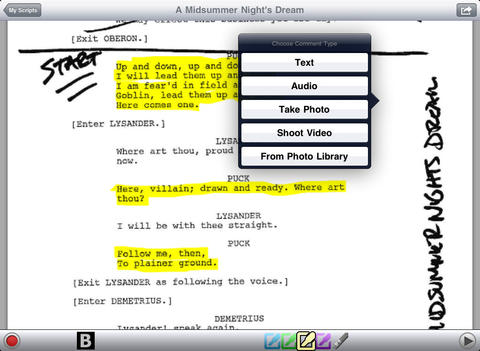 The Rehearsal 2 app for your iPod touch, iPad, and iPhone is a tool that is meant to help you learn your lines for your acting job; however, there seems to be some issues with the usability and stability of the app.