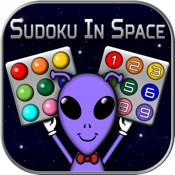 It's easy to get hooked on Sudoku but why not spice it up a bit with some fun twists? The Sudoku In Space app can be played on your iPod touch, iPad, and iPhone and pretty much blows the traditional paper and pen version out of the water. With this version of Sudoku you'll be treated to all kinds of fun and vivid colors, music, sound effects, and graphics, something you're probably not used to when it comes to Sudoku.

Challenge Yourself with Fun

It's time to take on a Sudoku challenge but with a whole new engaging and fun feel. The Sudoku In Space app breathes some modern features into the game, giving you a chance to choose your difficulty level and then play the hundreds of puzzles available. If you're new to the game, don't worry, as you can use the Allen the Alien step-by-step tutorial. This is even a great way to improve your game play and get some tips. Then again maybe you fancy yourself as somewhat of a Sudoku professional and if that's a case you can try the colors-only mode where you’re in for a real challenge.

The best puzzle apps for iPad-2021

The app is free to play and you have access to all the puzzles. The app is ad-supported though, which can be removed with an in-app purchase of $0.99. The app scores five out of five stars from users who can't seem to get enough of it. Reading through the reviews it seems the game is really easy to pick up but very challenging to master. 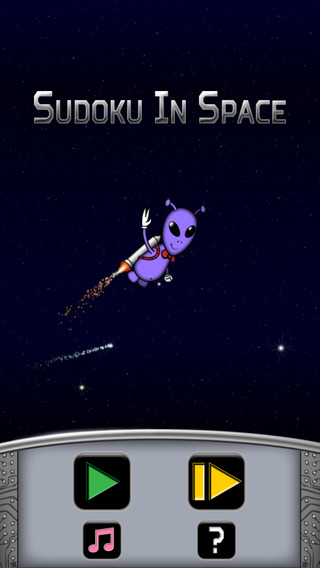 Get ready to change how you think about and play Sudoku as the Sudoku In Space app gives you a cosmic twist. As mentioned there are hundreds of puzzles to work your way through and while you play you'll be listening to the space-themed sounds and the music that plays in the background. Each time you make a move the game will perform an auto-save so you never lose your progress and if you find yourself stuck just make use of one of the hints. You can use three hints per puzzle without incurring any type of penalty.

While I’m hardly a pro when it comes to Sudoku I definitely enjoy the game and understand it and I’ll say that the app is simple transition for anyone with even basic knowledge of the game. The step-by-step tutorial is a great offering even if you know how to play Sudoku. 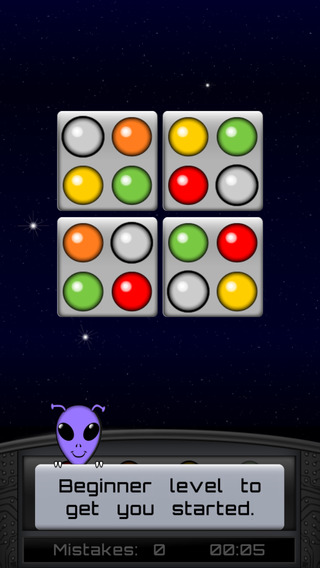 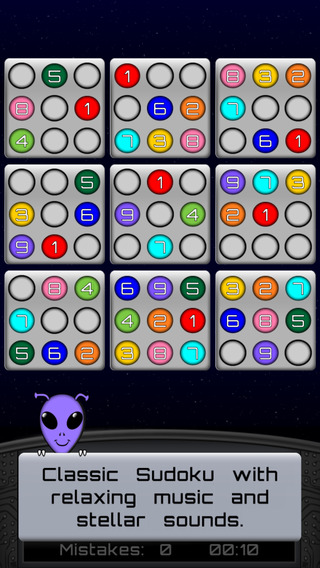 The Sudoku In Space app for your iPhone, iPod touch, and iPad offers players a chance to enjoy the classic game with some space-themed twists. There’s a great variety of features, all of which add to the game.