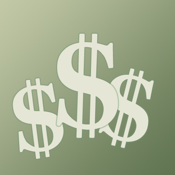 If you frequently travel between a lot of countries or you’re an avid Forex trader then you might like to check out Currency.app for iPhone and iPad as it provides the exchange rates for around 60 different currencies with some handy comparison features.

This is by no means the most comprehensive currency exchange rate app that I’ve ever seen, but what it lacks in substance it more than makes up for in ease of use and appearance, so it may still be worth checking out.

What we have here is a convenient app in the Finance category of the App Store that provides a simple interface from which you can access exchange rates for more than 60 different major currencies from around the world.

The Internet connectivity of this app ensures that all of the rates are updated in real time, but you can also access your most recently downloaded rates for use when you’re offline and can’t find a connection.

Currency.app also enables you to track multiple currencies at once to run quick and dirty comparisons; this isn’t a very thorough way of doing things but it should be quite handy to have this mobile reference when you’re on the go.

There isn’t much more to say about this app because it is very simplistic in nature. There isn’t a lot of content so you might want to compare it with a few similar currency apps, but all in all I’d say it’s well worth taking for a spin. 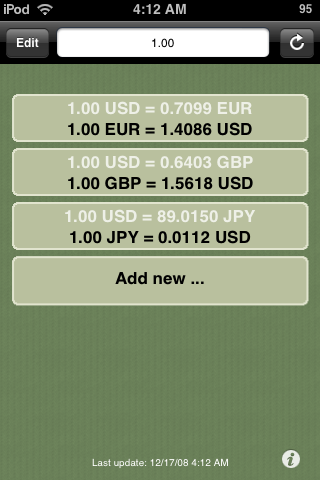 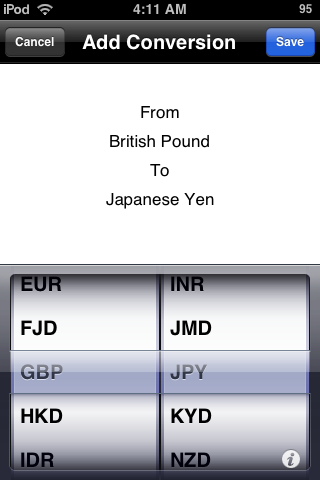 Currency.app for iPad and iPhone isn’t the most amazing addition to the genre of currency apps but it gets the job done and is very easy to use, so be sure to consider it if you’re in the market for this kind of resource.